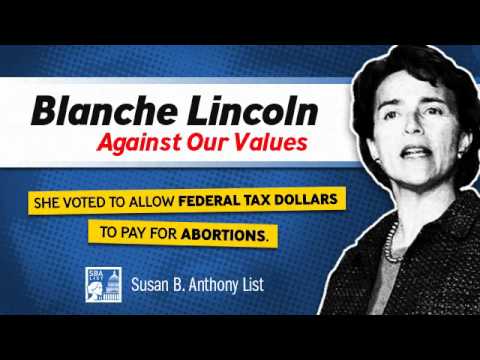 The Saturday before Thanksgiving, Senator Blanche Lincoln had a choice. Stand up for Arkansas families and unborn life or follow Barack Obama and Harry Reid and cast the deciding vote to allow the government takeover of health care. The Democrat-Gazette called it the most significant vote Senator Lincolns ever cast in an otherwise unremarkable political career.

Call Blanche Lincoln at 501-375-2993. Tell her putting Obama and Reid before Arkansas families and unborn life is wrong. Tell Blanche Lincoln she was better off just being unremarkable. Paid for by Susan B. Anthony List, Inc.