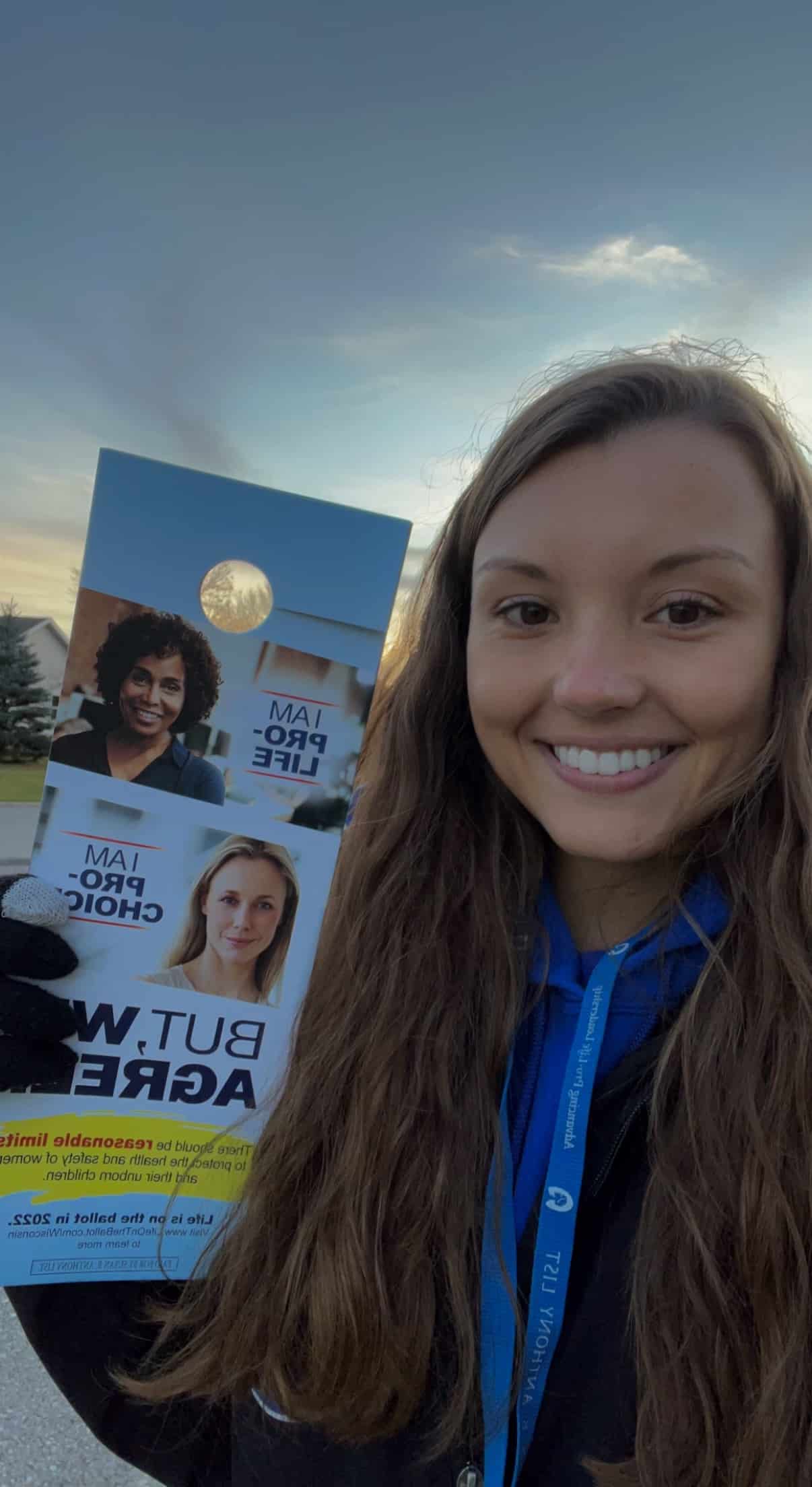 Canvassers with SBA List and its partner super PAC, Women Speak Out PAC, are on the ground in Wisconsin visiting voters to talk about Democrat abortion extremism.

“Governor Evers is a radical pro-abortion activist who completely disregards the will of his constituents. This year Wisconsinites – acting though their duly-elected legislators – advanced multiple reasonable and compassionate protections for unborn children and women only to have them vetoed by an extreme pro-abortion governor,” said Mallory Quigley, national spokeswoman for Women Speak Out PAC. “Evers has repeatedly vetoed even the most modest pro-life measures – like a law to protect babies born alive after failed abortions. Our team is on the ground to expose Evers’ morally bankrupt and politically repellant position ahead of Election Day 2022.”

Polling shows that 65% of Americans say they are more likely to vote for a candidate who limits abortion than a candidate who advocates for abortion on demand through birth, like Tony Evers.

Public opinion polls consistently show a strong majority of Americans reject pro-abortion extremism. The group is already on the ground in Pennsylvania, Arizona, Georgia, Wisconsin, North Carolina, and Florida speaking to voters about current U.S. abortion law and ensuring they know where their representatives stand on this important issue ahead of the 2022 midterm elections.