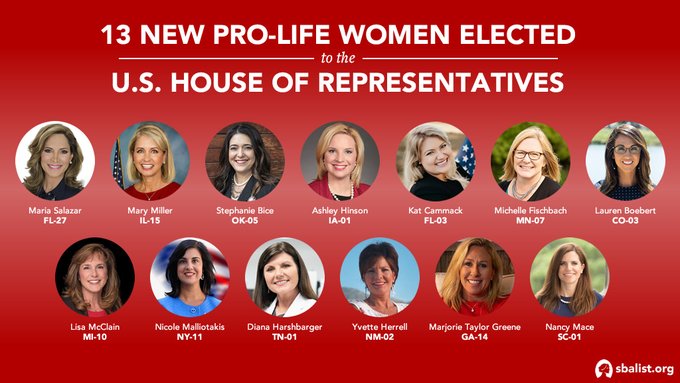 “We are also very encouraged by the hard-fought re-election of Sen. Joni Ernst (R-IA) and the re-election of Sen. Cindy-Hyde Smith (R-MS), while welcoming Senator-elect Cynthia Lummis (R-WY) to the ranks of pro-life women in the Senate. We are ‘all in’ for Senator Kelly Loeffler’s runoff race in January and confident she will prevail.

“This is a resounding victory for pro-life women everywhere and an enormous advancement of Susan B. Anthony List’s mission. We expect when all votes are counted and the races are called, we will have a record number of pro-life women serving in the next Congress. These gains are a repudiation of abortion extremism and further evidence that life is a winning issue in politics.”

Susan B. Anthony List and its partners, including Women Speak Out PAC, spent $52 million as part of the groups’ overall campaign for the 2020 cycle. The biggest election effort in the organizations’ history reached more than eight million voters across 10 key battleground states: Arizona, Florida, Michigan, Montana, North Carolina, South Carolina, Iowa, Pennsylvania, Texas, and Wisconsin. Details of the campaign in each can be found in SBA List’s 2020 Election HQ.