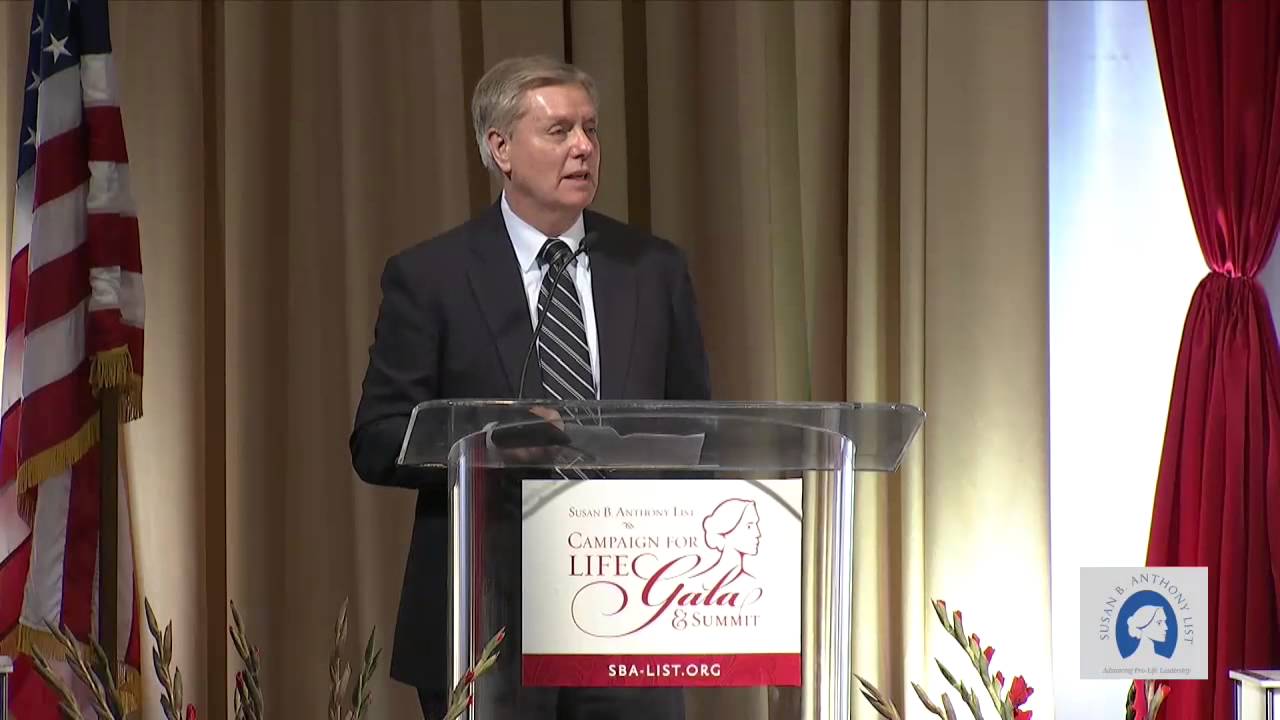 Dannenfelser: “We need more people who put action behind their convictions.”

Washington, D.C – This afternoon Marjorie Dannenfelser, president of the national pro-life group Susan B. Anthony List (SBA List), responded to Senator Lindsey Graham’s announcement that he will run for president. Graham (R-SC) is the lead sponsor of the Pain-Capable Unborn Child Protection Act in the U.S. Senate. The legislation to protect children after five months – more than halfway through pregnancy when the baby can feel pain – is SBA List’s top legislative priority.

“We need more people who put action behind their convictions,” said SBA List president Marjorie Dannenfelser. “Senator Graham continually backs up his words with concrete action. He has been a true and consistent champion for life in the U.S. Senate and, thanks to his strategic leadership, we are closer than ever before to getting every Senator on record when it comes to protecting innocent children after the fifth month of pregnancy.”

A longtime pro-life leader, Senator Graham has championed numerous pro-life bills in Congress, including the Unborn Victims of Violence Act. Last April, Sen. Graham gave the keynote address at SBA List’s annual Campaign for Life Gala. He spoke about the need to advance the Pain-Capable Unborn Child Protection Act and to aggressively take on Democrat’s extremism on abortion:

“I’m not here to judge people who disagree with me. I’m here to stand up for what I believe, and I really do believe we are on the right side of history. This debate is long overdue and it is going to be a joy. It is not going to be a burden. And I am going to do it with a smile on my face, and love in my heart…The only thing I am going to do is to ask the other side to do a little soul search and to tell me why, in 2015, abortion on demand, five months into pregnancy, makes us a better country.”