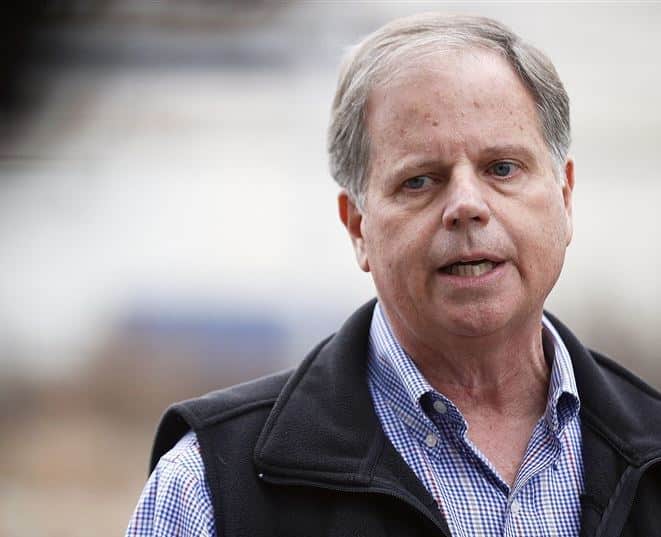 “Senator Doug Jones betrayed Alabamians when he voted against Justice Kavanaugh and has betrayed them again today, before President Trump’s Supreme Court nominee has even been named,” SBA List President Marjorie Dannenfelser. “During his short time in office, Jones has proven to be an extremist, repeatedly siding against constituents and voting with the most radical members of his party – like Kamala Harris – in favor of abortion on demand through birth, paid for by taxpayers. Asked about his stance on limiting late-term abortions more than halfway through pregnancy, Senator Jones laughed and called the issue ‘stupid.’ Jones is unfit to represent the pro-life, pro-Trump state of Alabama and will be held accountable at the ballot box.”

Jones was recently demoted to an “F” grade on SBA List’s National Pro-Life Scorecard for failure to support the Pain-Capable Unborn Child Protection Act, legislation that would protect unborn babies from late-term abortion after five months of pregnancy – a point by which science shows unborn children can feel excruciating pain. The failing grade places him in the company of every other Democratic senator running for re-election.

Learn more about the abortion extremism of the Biden-Harris ticket at www.LifeOnTheBallot.com.