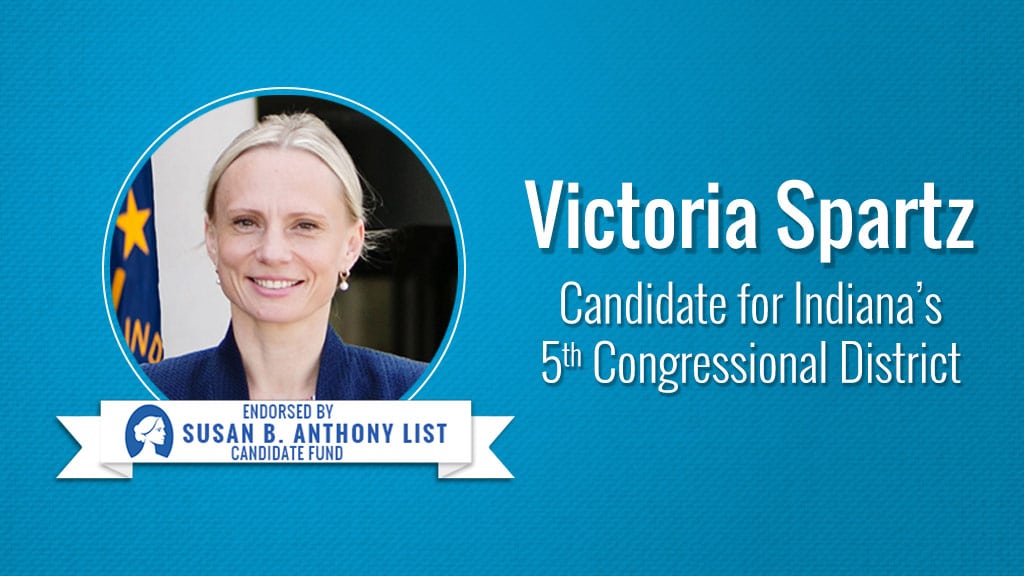 “A Ukrainian immigrant to the United States, Victoria Spartz knows that the American Dream rests first and foremost on the right to life,” said the Honorable Marilyn Musgrave, SBA List’s Vice President of Government Affairs. “Victoria is deeply familiar with the importance of valuing every human life, including the lives of the unborn. She stands in stark contrast to her opponent Christina Hale, an abortion extremist endorsed by both Planned Parenthood and EMILY’s List. Victoria will be a voice for the voiceless in the halls of Congress. We are proud to endorse this strong defender of women and the unborn.”

Victoria Spartz has served in the Indiana Senate since 2017 and has a 100 percent pro-life voting record. An immigrant to the United States, she settled in Indianapolis with her husband, Jason and two daughters. the family supports their local area pregnancy center.