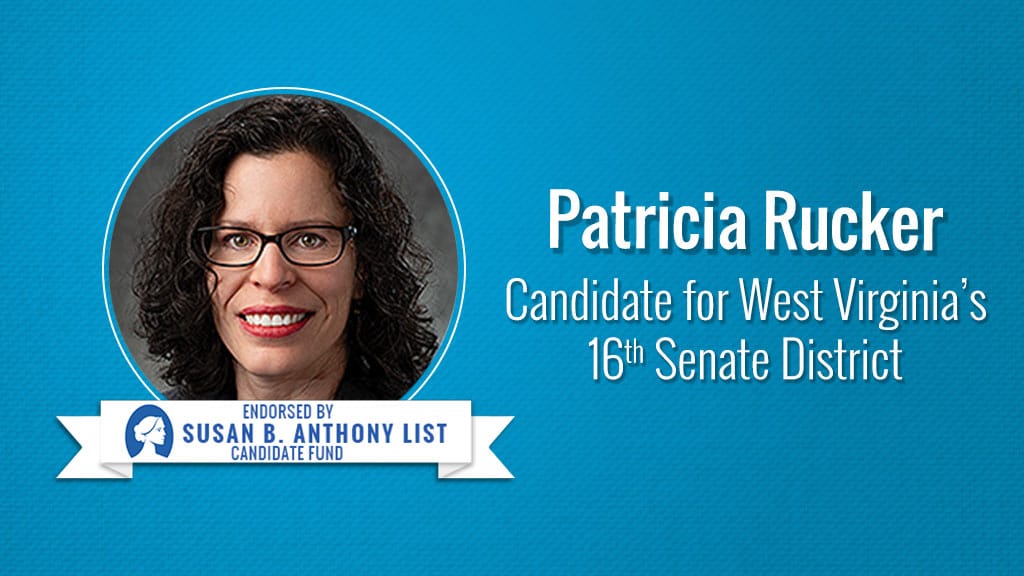 “State Senator Patricia Rucker is an outspoken champion of unborn children and their mothers in Charleston,” said the Honorable Marilyn Musgrave, SBA List Candidate Fund vice president. “Patricia’s perspective as a first-generation American gives her a unique appreciation for our nation’s foundational values of life and liberty, and she knows they must never be taken for granted. As a mother of five and a former teacher, she believes every child is precious and is a passionate advocate for the vulnerable and defenseless. In the state senate she holds a flawless pro-life voting record and led a successful initiative to amend the state constitution, saving an estimated 1,500 lives a year by stopping taxpayer-funded abortion on demand in the Mountain State. We are proud to endorse Patricia and encourage pro-life voters of the 16th District to re-elect her.”

Patricia Puertas Rucker was first elected to the West Virginia Senate in 2016. She serves as chair of the Education Committee and is a member of the Select Committee on Children and Families, among others. Born in Caracas, Venezuela, she immigrated to the United States, settling first in Maryland and teaching in the Montgomery County Public School System before moving to West Virginia’s Eastern Panhandle with her family.

Rucker is an ardent volunteer and is highly engaged in her community as part of St. James the Greater Catholic Church, 4-H, West Virginians for Life (Jefferson County chapter) and Generation Joshua, a civics club for young people. She and her husband have five children and are longtime residents of Harper’s Ferry.