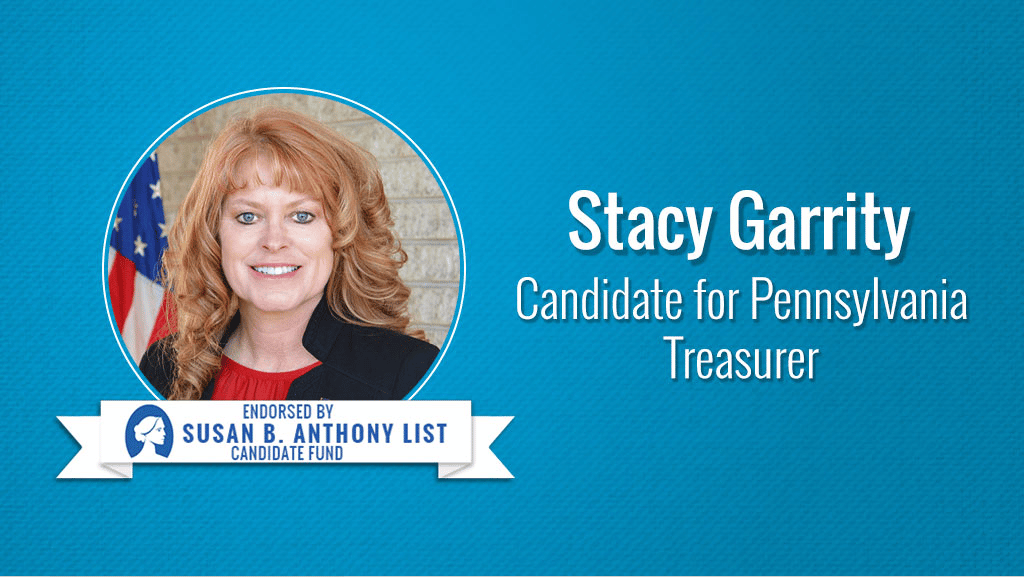 “As an organization that exists to promote strong pro-life, pro-woman leaders in office, we are proud to endorse Stacy Garrity,” said the Honorable Marilyn Musgrave, SBA List Candidate Fund vice president. “Stacy is a trailblazer with a lifetime of exemplary service to Pennsylvania and the nation. She will bring integrity and transparency to Harrisburg and work diligently to serve the taxpayers of Pennsylvania – in stark contrast to her opponent Joe Torsella, who is backed by the abortion lobby and won’t stand up to Governor Wolf’s radical pro-abortion agenda. We encourage all pro-life Pennsylvanians to vote for Stacy Garrity on November 3.”

Stacy Garrity is a retired Army Reserve colonel. She served three deployments in Operation Desert Storm, Operation Iraqi Freedom, and Operation Enduring Freedom. For her service and bravery she was awarded the Bronze Star twice and received the Legion of Merit award. She returned to Pennsylvania and became the first female vice president at Global Tungsten & Powders Corp. She and her husband Daniel live in northeast Pennsylvania.