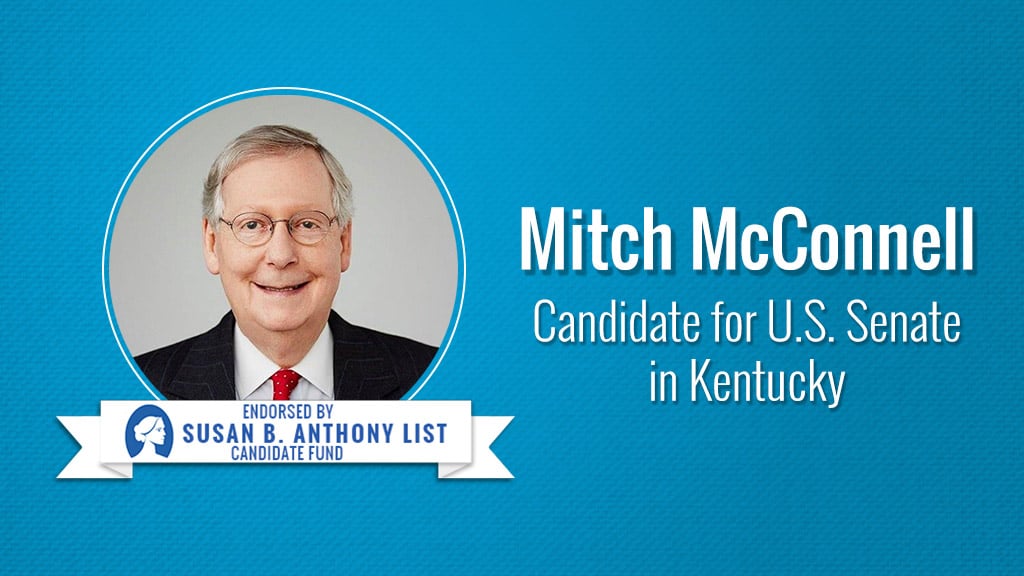 “Majority Leader Mitch McConnell is a pro-life stalwart who has unfailingly fought to protect the innocent unborn,” said SBA List President Marjorie Dannenfelser.  “Next to President Trump, no one has played a more critical part in securing the confirmation of nearly 200 federal judges – including Supreme Court Justices Neil Gorsuch and Brett Kavanaugh – than Leader McConnell. He fearlessly calls out the extremism of the abortion lobby and abortion businesses like Planned Parenthood and has been an immovable firewall against the radical agenda of pro-abortion Democrats led by Chuck Schumer and Nancy Pelosi. Meanwhile, his opponent Amy McGrath has proudly declared herself to be 100% pro-abortion, supporting abortion on demand even up to the moment of birth. It is an honor to support Leader McConnell’s re-election. His commitment to the pro-life movement is unwavering and his continued leadership is essential to preserving and expanding our pro-life victories under President Trump.”

Senate Majority Leader Mitch McConnell has been instrumental in advancing pro-life legislation. Early this year, he held back-to-back Senate votes on the Pain Capable Unborn Child Protection Act and the Born-Alive Abortion Survivors Protection Act. McConnell supports the No Taxpayer Funding for Abortion Act and has worked to ensure that pro-life Americans are not forced to fund abortion domestically or internationally through their tax dollars. McConnell recently spoke out on the Senate floor to demand that Planned Parenthood return $80 million they illegally received in COVID-19 relief funds that were meant to assist small businesses. Leader McConnell has received an A-rating on SBA List’s National Pro-life Scorecard.