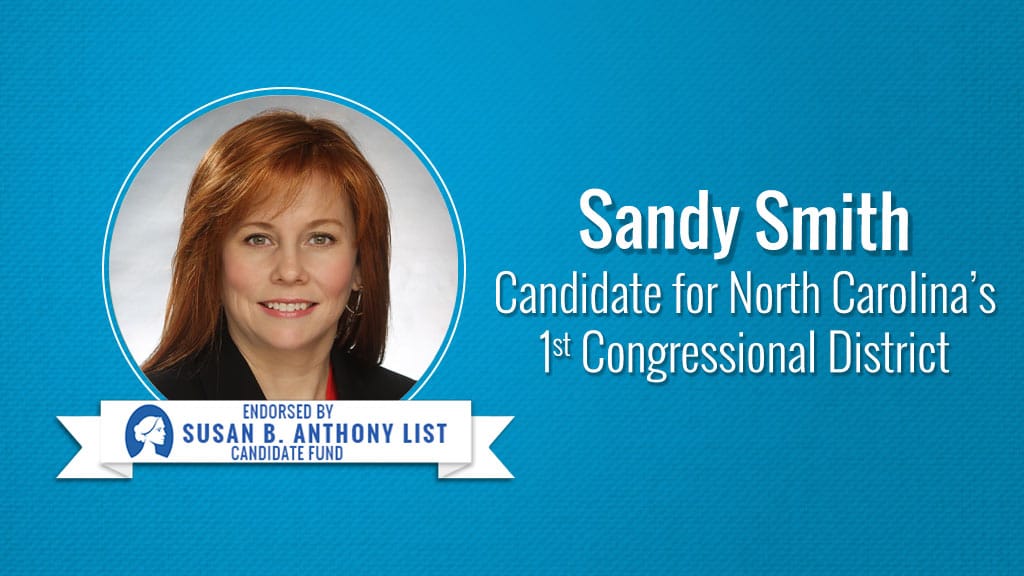 “Sandy Smith is precisely the outspoken pro-life, pro-woman advocate North Carolinians deserve in Washington,” said SBA List President Marjorie Dannenfelser, a North Carolina native. “Sandy’s dynamic, fearless personality earned her the nickname ‘little red firecracker.’ A businesswoman, educator, mentor and proud mom of a U.S. Marine, life and family are core values to her. A political outsider, she has the courage to stand up to Pelosi Democrats and the radical abortion lobby to protect unborn children and their mothers. In contrast, her Democratic opponent G.K. Butterfield is a pro-abortion career politician with an ‘F’ rating on our National Pro-Life Scorecard – he even voted against medical care for babies who survive abortions. We are pleased to endorse Sandy and encourage the pro-life voters of North Carolina to send her to Congress.”

Sandy Smith and her husband William own and operate a farm in Ayden, North Carolina. Prior to settling in the Tar Heel State, Sandy had a background in business administration and worked for the Walt Disney Company. An active community volunteer, Sandy is a youth mentor and the founder of a nonprofit youth cheerleading organization. She and her husband have four children.