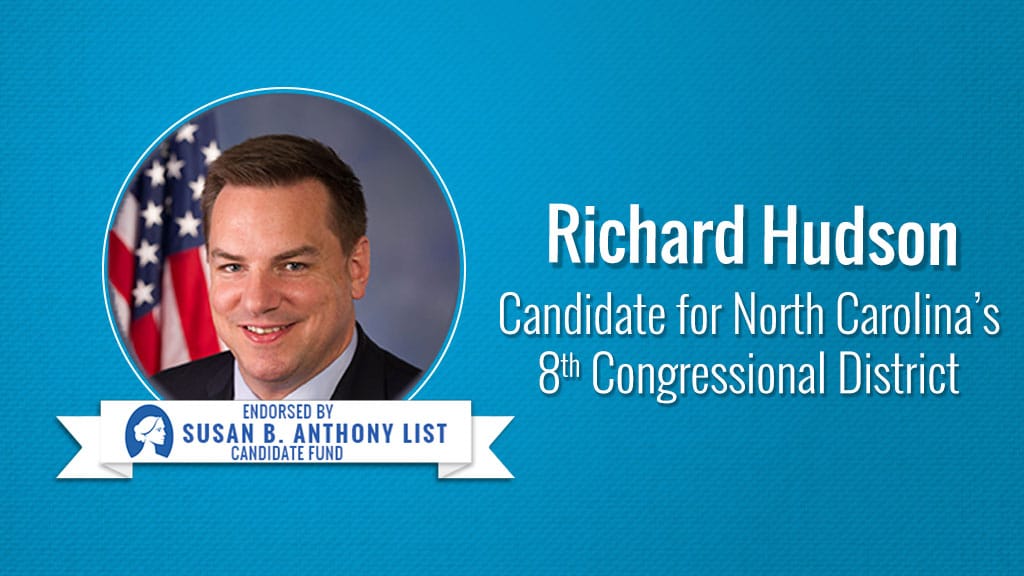 “Congressman Richard Hudson is a staunch defender of life and we are proud to endorse him for re-election,” said SBA List President Marjorie Dannenfelser, a North Carolina native. “Richard is known for being a highly effective legislator and is devoted to safeguarding the most vulnerable at every stage of life. As a father, he believes every child is precious and deserves protection. His opponent, Judge Patricia Timmons-Goodson, boasts support from radical groups like Planned Parenthood that promote abortion on demand through birth, paid for with tax dollars. North Carolinians deserve a champion in Congress who will stand up to Pelosi and the abortion lobby and fight for their cherished values. We encourage voters to send Congressman Hudson back to Washington to continue this vital work.”

Rep. Hudson was first elected to Congress in 2012. His leadership on life throughout his first term is reflected in his “A” rating on SBA List’s National Pro-Life Scorecard. He is a co-sponsor of the Support and Value Expectant (SAVE) Moms and Babies Act, the No Taxpayer Funding for Abortion and Abortion Insurance Full Disclosure Act, and the Pain-Capable Unborn Child Protection Act. He also offered a unanimous consent request for consideration of the Born-Alive Abortion Survivors Protection Act.

Hudson is a longtime resident of the Tar Heel State. He has been a top advisor to former Governor Pat McCrory, Rep. Virginia Foxx, and Rep. Robin Hayes. He and his wife Renee live in Concord, North Carolina with their son Lane and attend Crossroads Church.