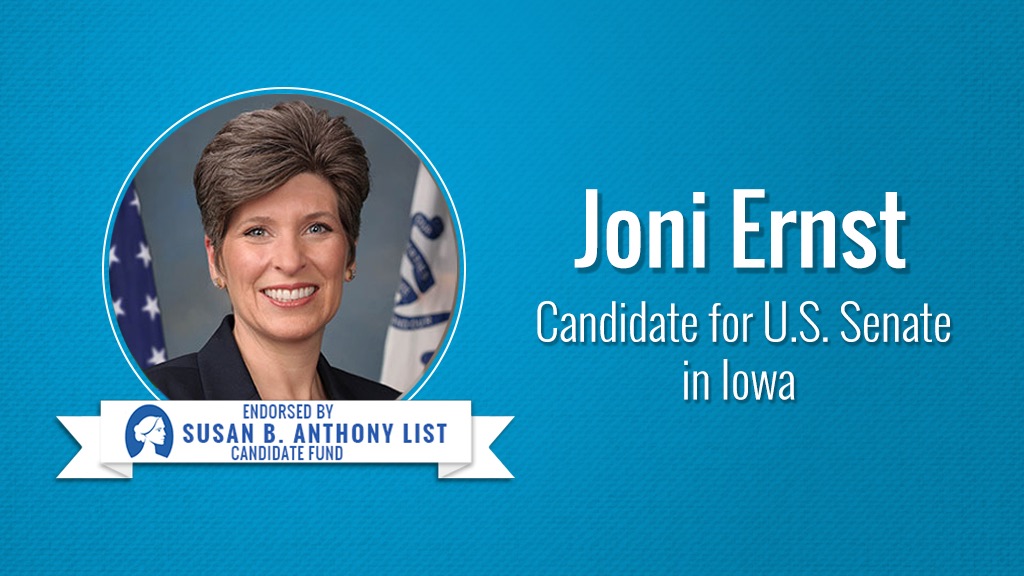 “Senator Joni Ernst is a formidable pro-life champion and we are proud to endorse her,” said Musgrave. “Sen. Ernst has been instrumental to the confirmation of President Trump’s judges. She has led the fight to stop taxpayer funding of Planned Parenthood and unethical experiments that exploit aborted baby body parts, and to combat the proliferation of dangerous chemical abortion drugs. And while Senate Democrats blocked compassionate legislation to stop late-term abortions and infanticide, Joni fearlessly spoke out in defense of the innocents – and her voice is needed in the Senate now more than ever.

“Joni’s authentic pro-woman leadership stands in stark contrast to her extremist opponent Theresa Greenfield, who is backed by radical pro-abortion groups and favors forcing taxpayers to fund abortion on demand. Greenfield is dramatically out of step with Iowa values. Re-electing Sen. Ernst is a top priority of SBA List and we urge all pro-life Iowans to support her in this crucial election.”

Joni Ernst was elected to the U.S. Senate in 2014 after serving in the Iowa Senate. She is the first woman to represent Iowa in Congress and the first female combat veteran elected to the Senate. She has cosponsored many top pro-life bills, including the Born-Alive Abortion Survivors Protection Act, the Pain-Capable Unborn Child Protection Act, and the No Taxpayer Funding for Abortion and Abortion Insurance Full Disclosure Act.

Sen. Ernst received SBA List’s Distinguished Leader Award in 2015, was the keynote speaker at SBA List’s annual Campaign for Life Gala in 2016, and has earned an ‘A’ rating on SBA List’s National Pro-Life Scorecard due to her outstanding pro-life record.