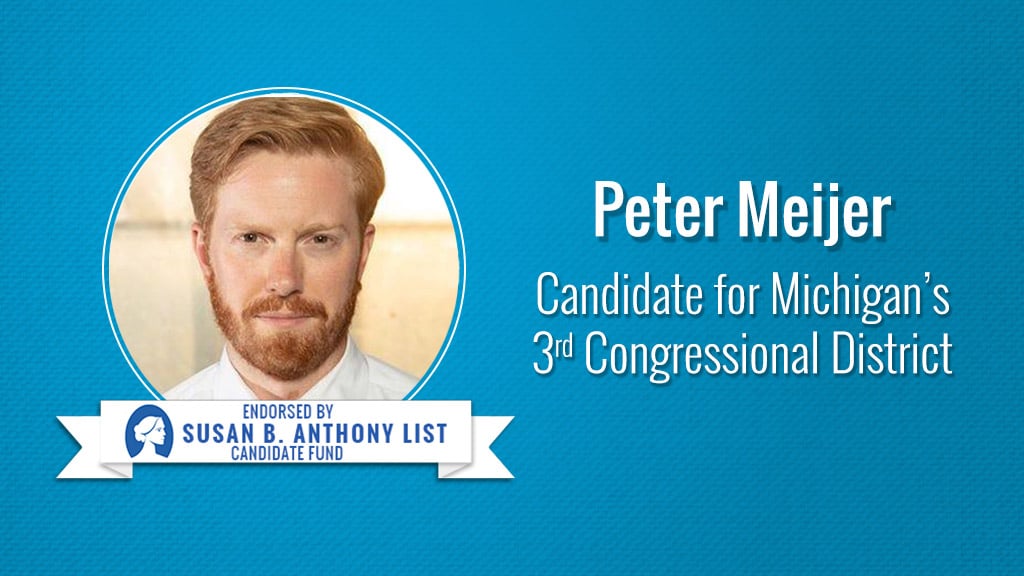 “Peter Meijer is a proven leader who will work diligently for Michiganders and defend the sanctity of life in Washington,” said the Honorable Marilyn Musgrave, SBA List’s vice president of government affairs. “As an Army veteran whose service has taken him to some of the most dangerous parts of the world, both in defense of American lives and on humanitarian aid missions, Peter acutely understands the preciousness of life and the stakes of the battle for unborn children and their mothers in Congress. He will fight courageously for the right to life and our cherished constitutional freedoms. In contrast, his Democratic opponent Hillary Scholten tries to hide her extremism, but she is backed by the radical abortion lobby and will vote in lockstep with the Pelosi agenda. Peter stands strong on his pro-life principles and is in tune with the values of West Michigan. We are proud to support him and encourage pro-life Michiganders to vote for him.”

Peter Meijer is a fourth generation West Michigander, born and raised in Grand Rapids. After serving in the U.S. Army in Iraq, Peter worked in disaster response and conflict analysis before earning his Master of Business Administration degree and moving back to Michigan to work in urban redevelopment and real estate. He is the grandson of Frederik Meijer, founder of Meijer grocery stores.