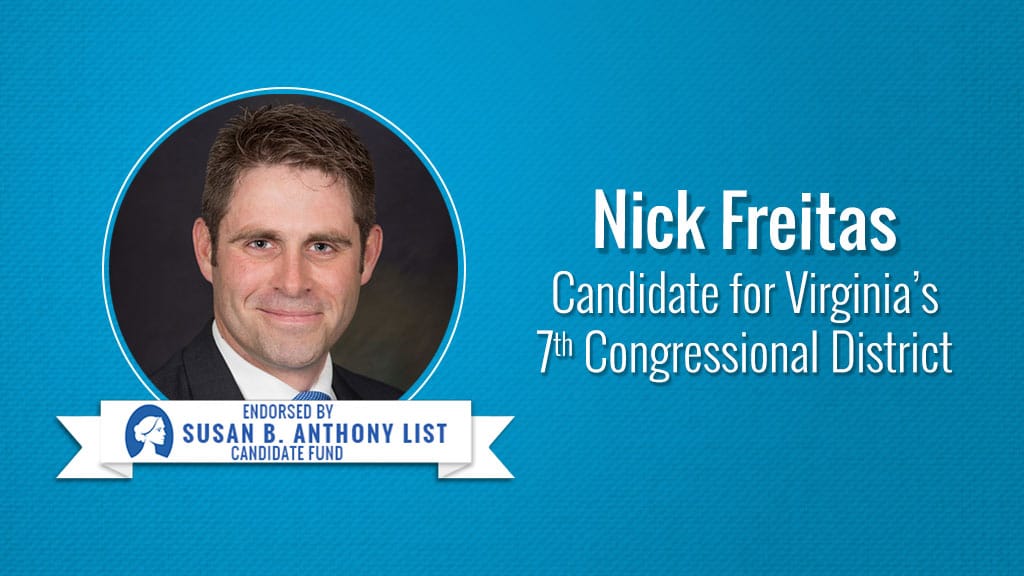 “We are proud to endorse Nick Freitas for Congress. He is a principled and articulate champion for the most vulnerable, born and unborn,” said the Honorable Marilyn Musgrave, SBA List’s vice president of government affairs. “Nick has been driven to serve others from a young age and is a stalwart voice for life in Richmond. A father of three himself, he is committed to empowering new mothers to choose life, calling men to greater responsibility as fathers, and fostering a culture of life to support families. At a time when Virginia Democrats have gained national infamy for their extreme agenda of expanding abortion on demand through the moment of birth, and even infanticide, Nick will fight for innocent lives at every stage. He stands in stark contrast to Abigail Spanberger, who has voted in lockstep with Nancy Pelosi and the most radical members of her party – reflected in her ‘F’ rating on our National Pro-Life Scorecard. We strongly urge pro-life Virginians to support Nick Freitas and send him to Washington.”

Freitas is serving his third term in the Virginia House of Delegates. He previously served two tours in Iraq as a Green Beret, earning an honorable discharge in 2009. He and his wife Tina have three children and live Culpeper, Virginia.