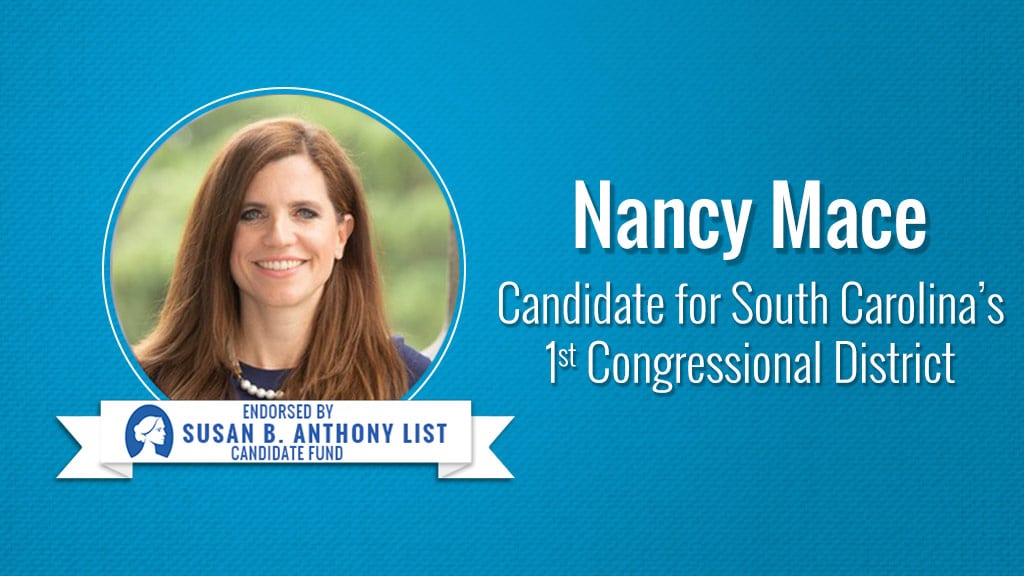 “We are pleased to endorse trailblazing state legislator Nancy Mace for Congress,” said the Honorable Marilyn Musgrave, SBA List’s Vice President of Government Affairs. “Nancy is a community leader with conviction and compassionate insight. As a state legislator, she holds a 100 percent pro-life record. She will be a vast improvement over anti-life Congressman Joe Cunningham, who has backed Pelosi’s extreme pro-abortion agenda from day one – failing even to support commonsense legislation to stop late-term abortions or protect babies who survive failed abortions. We urge South Carolinians to send Nancy Mace to Washington, where she will fight for their deeply held pro-life values.”