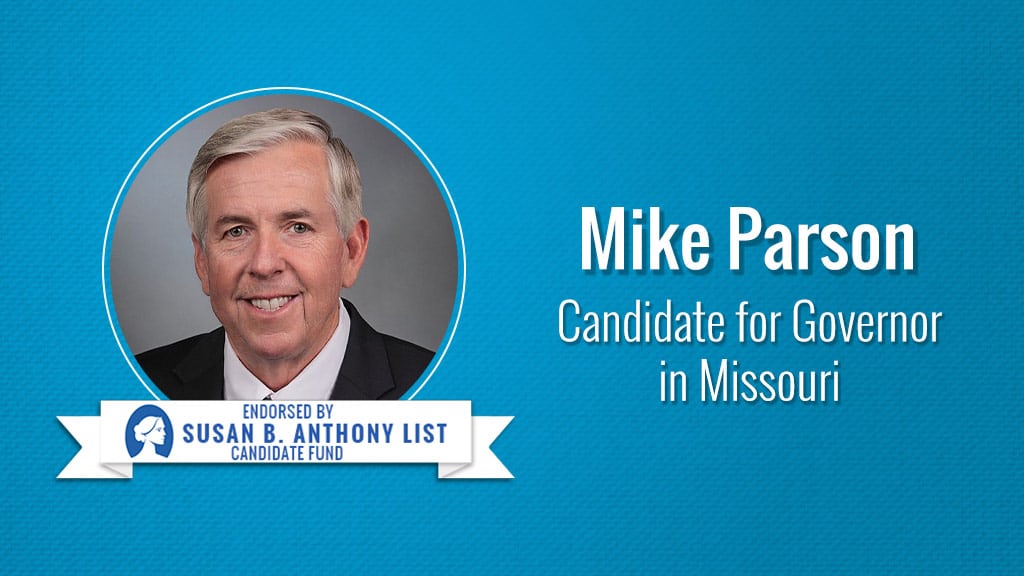 “As governor of Missouri, Mike Parson has consistently taken a bold stand for life,” said SBA List Candidate Fund President Marjorie Dannenfelser. “During his time in office, Governor Parson has signed some of the nation’s strongest protections for unborn children and their mothers into law, as well as a pro-life budget that prevents Missourians’ hard-earned tax dollars from being funneled to Planned Parenthood and other abortion businesses. Under his leadership, the state health department has also worked tirelessly to safeguard women and girls and hold the abortion industry accountable to health and safety standards. In stark contrast to Nicole Galloway, an abortion lobby-backed extremist who wants to roll back Missouri’s pro-life protections, Governor Parson champions his constituents’ values. We are proud to endorse his re-election bid and look forward to continuing this important work together.”

Mike Parson became governor of Missouri in 2018 after serving as lieutenant governor from 2017-18. As governor, he signed into law the Missouri Stands for the Unborn Act (H.B. 126), which includes provisions limiting late-term abortions after five months of pregnancy, when science shows unborn children can feel pain; declaring the state of Missouri and all its political subdivisions a “sanctuary of life”; banning discriminatory abortions for reasons of sex, race, or Down syndrome; requiring abortionists to have adequate malpractice insurance; and more. Parson also helped ensure that abortion businesses are not funded with taxpayer dollars in the state budget.

Governor Parson previously served in both the Missouri House and Senate. He is a U.S. Army veteran and has more than 22 years’ experience in law enforcement. He and his wife Teresa live in Bolivar, where they own and operate a cow and calf operation. They have two children and six grandchildren.