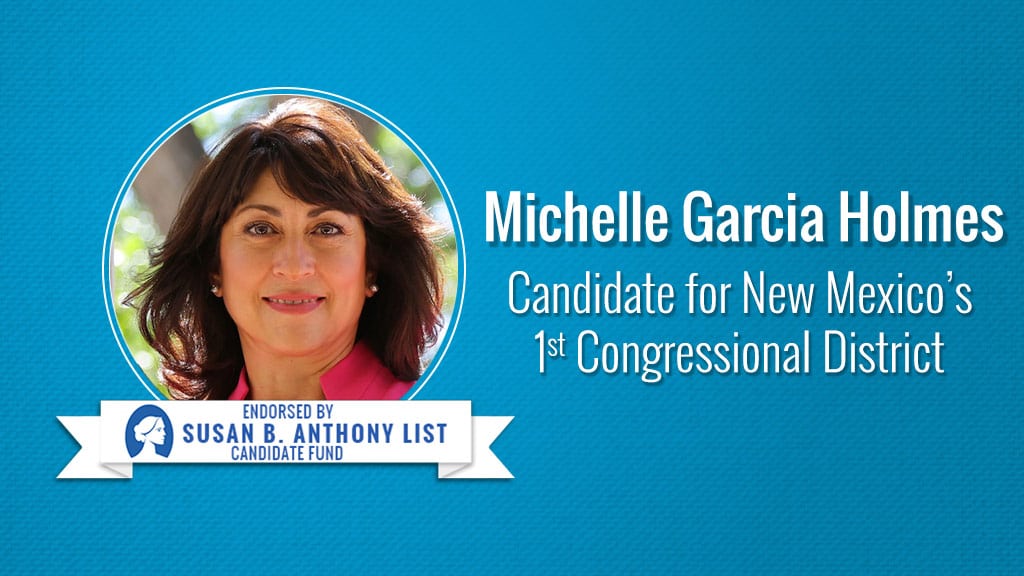 “Michelle Garcia Holmes is 100% pro-life and we are proud to endorse her,” said the Honorable Marilyn Musgrave, SBA List’s vice president of government affairs. “As a mother, grandmother, and longtime advocate for women and children, Michelle understands the inherent value of every human life and will fight tirelessly to defend life in Congress. We look forward to working together with her in Washington to accomplish our shared goal of protecting the most vulnerable among us.”

Michelle Garcia Holmes was born and raised in Albuquerque, where she served as a police officer for 20 years, retiring at the rank of detective. She held positions in the Violent Crimes Division, Crimes Against Children Unit, and Sexual Assault Unit, among others. She went on to become chief of staff to Attorney General Gary King. During her time in that office she worked on the creation of the first Government Corruption Division and was an outspoken advocate for legislation to protect children from human trafficking and child pornography. Holmes is a Blue Star mother; she and her husband have five children and two grandchildren.