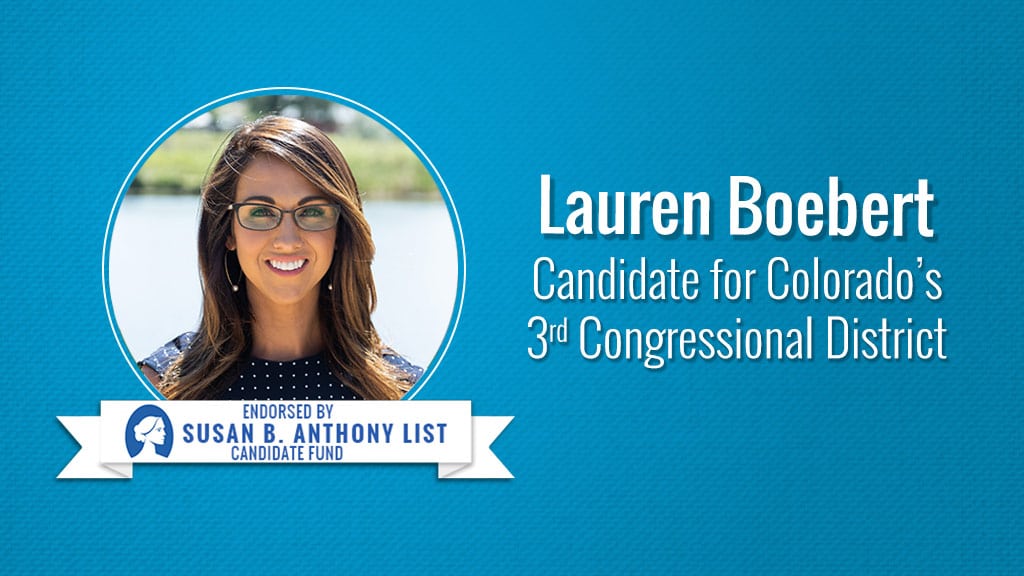 “Lauren is strong, fearless and unapologetically pro-life – the embodiment of the pro-woman leadership our organization exists to promote,” said the Honorable Marilyn Musgrave, SBA List’s vice president of government affairs. “A business owner who has worked hard and overcome adversity, Lauren will bring the same grit and determination to the battle for life in Congress, where fresh voices like hers are needed more than ever to stand up to Pelosi Democrats’ expansive abortion agenda. Lauren has experience leading the charge to end extreme late-term abortion and will stand firm against taxpayer funding of abortion. In contrast, her opponent Diane Mitsch Bush is backed by radical groups that support abortion on demand up to the moment of birth, paid for by taxpayers. Lauren is a champion for all pro-life Coloradans and we could not be prouder to endorse her for Congress.”

Lauren Boebert is the founder, owner and operator of Shooters Grill. She has worked for numerous local political causes, including a ballot initiative to end late-term abortion more than halfway through pregnancy in Colorado, as a grassroots activist. She is very active in her community, counseling at-risk women at the local jail. Her husband Jayson works in the oil and gas industry. They have four boys.