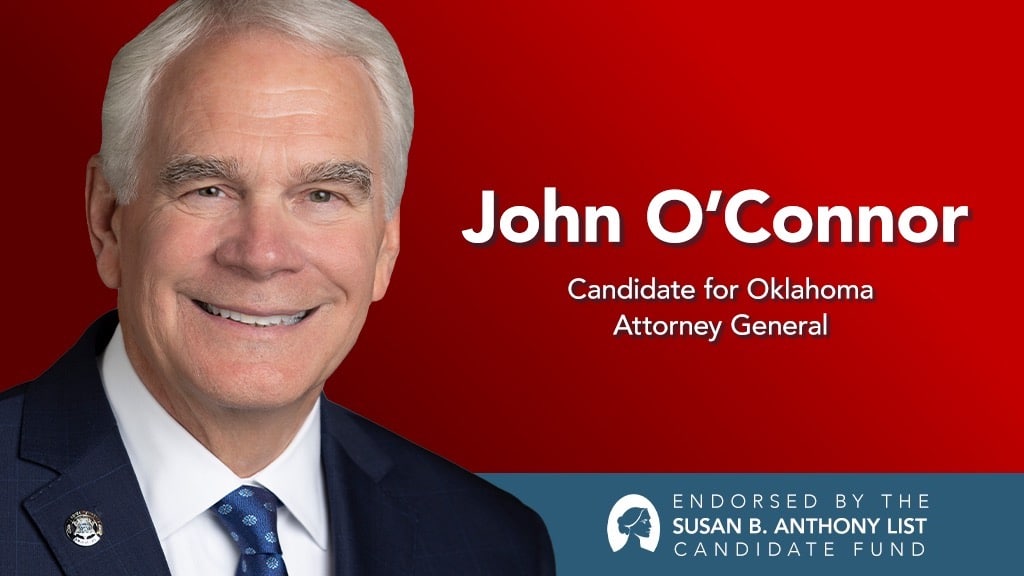 “Attorney General John O’Connor has shown strong pro-life leadership from day one and Susan B. Anthony List is proud to endorse him,” said the Honorable Marilyn Musgrave, SBA List’s vice president of government affairs. “Immediately upon taking office, Attorney General O’Connor filed a brief in the Dobbs late abortion case, urging the Supreme Court to let the people and their elected representatives protect life. As ‘the people’s lawyer,’ O’Connor will stand up for the unborn and tenaciously defend Oklahoma’s pro-life laws. We urge all voters in this deeply pro-life state to support him.”

O’Connor was appointed to the office of attorney general by Governor Kevin Stitt in July 2021. He is a native and resident of Tulsa, where he has practiced corporate law and been involved in numerous charities. He and his wife Lucia have four children and nine grandchildren and one more on the way.