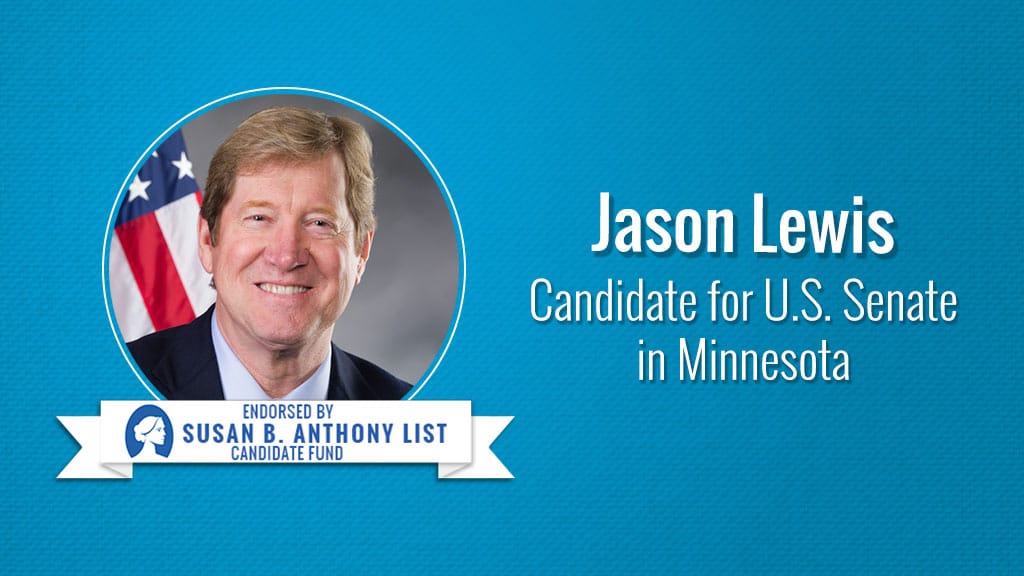 “Jason Lewis will defend the most vulnerable in Washington. We’re glad to see him take on abortion extremist Senator Tina Smith,” said Marilyn Musgrave, SBA List’s vice president of government affairs. “As a former vice president of Planned Parenthood, Smith advocated abortion on demand and the funneling of taxpayer dollars to the big abortion industry. Since coming to Washington, it’s been more of the same. She has even helped block efforts to end late-term abortion and infanticide – an abysmal record reflected in her ‘F’ rating on our National Pro-Life Scorecard. The contrast is stark and Minnesotans deserve better. Jason will stand up for his constituents’ true values and be a voice of common sense against abortion extremism at a critical time in the Senate. We are proud to endorse him and urge the pro-life voters of Minnesota to support him.”

Jason Lewis served in the 115th Congress, representing Minnesota’s 2nd District. During his time in Congress he maintained a 100% pro-life voting record. Prior to his public service, Jason was a popular radio host and businessman. He and his wife, Leigh, and their daughters live in Woodbury.