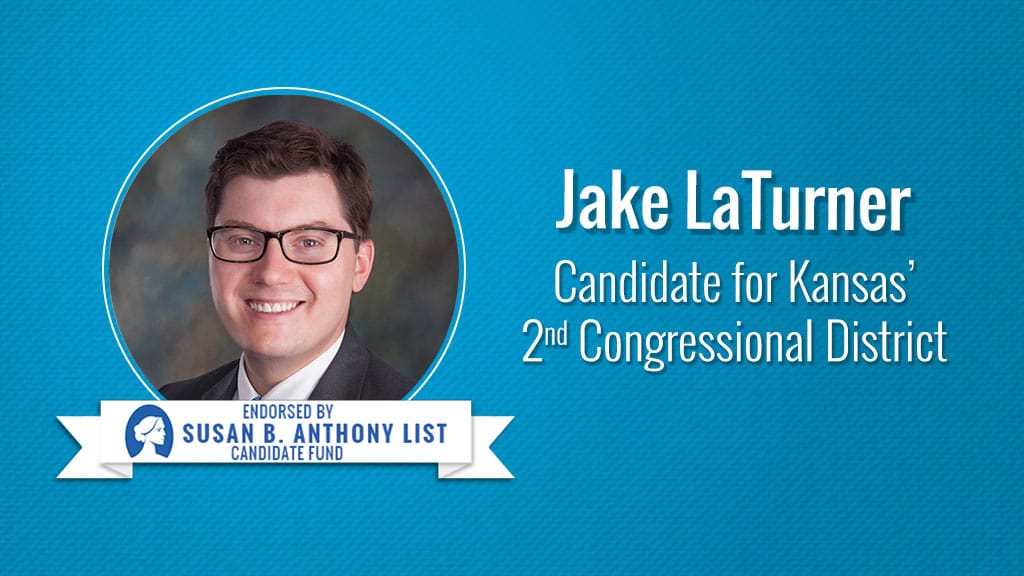 “Jake LaTurner is proudly pro-life and a courageous champion of the most vulnerable. We are pleased to endorse him,” said the Honorable Marilyn Musgrave, SBA List’s vice president of government affairs. “In the state Senate, Jake sponsored legislation to end dismemberment abortions and led the successful effort to prevent children from being denied lifesaving medical care against their parents’ wishes. He will bring the same determination to the fight for babies and their mothers in Congress. In contrast, his opponent Mayor Michelle De La Isla is an extremist backed by the abortion lobby. She won’t stand up to the Pelosi Democrats’ radical agenda of abortion on demand through birth, and even infanticide, paid for by taxpayers. We encourage the pro-life voters of the 2nd District to support Jake LaTurner and send him to Washington to defend their values.”

LaTurner is a sixth generation Kansan who serves as the state’s 40th treasurer. From 2013-2017 he served in the state Senate, where he maintained a 100% pro-life voting record. He received Kansans for Life’s 2017 Pro-Life Hero Award for his advocacy of Simon’s Law, signed into law by then-Governor Sam Brownback, which prevents doctors from putting do-not-resuscitate orders on children’s medical charts without parental notification. He and his wife Suzanne have four children.