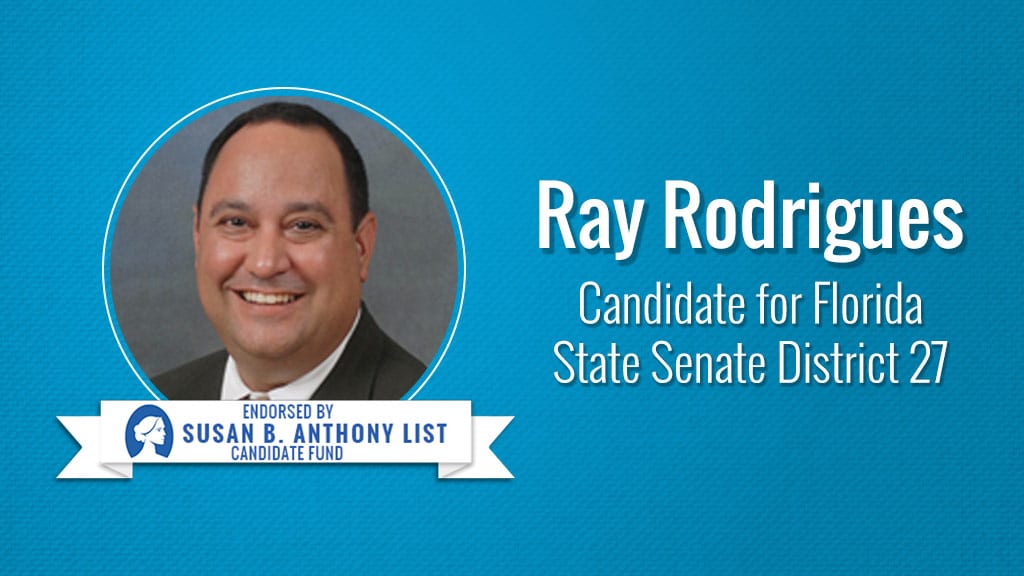 “Representative Ray Rodrigues is a tireless advocate for life in the Sunshine State,” said the Honorable Marilyn Musgrave, vice president of the Susan B. Anthony List Candidate Fund. “As a father and man of faith, Ray has consistently fought for Floridians’ pro-life values. In the state House, his leadership was instrumental in advancing commonsense legislation to protect vulnerable girls by requiring parental consent prior to an abortion, recently signed into law by Governor DeSantis. In contrast, his opponent Representative Heather Fitzenhagen has repeatedly sided with the abortion lobby over constituents and cannot be relied on to stand up for unborn children and their mothers. We are proud to endorse Ray Rodrigues and encourage southwest Florida voters to support his bid for state Senate on August 18.”

Ray Rodrigues was first elected to the Florida House of Representatives in 2012. He is chair of the Health & Human Services Committee and serves on the Appropriations, Commerce, and Rules Committees. He and his wife Ruth have a son, Rhett, and live in Estero, Florida.