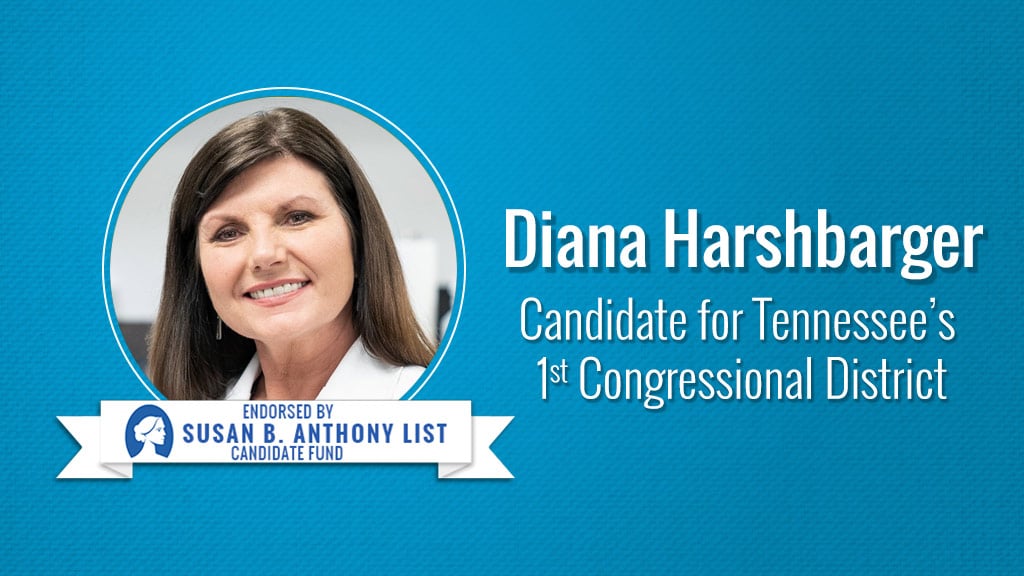 “Tennessee is a strongly pro-life state and deserves a champion like Diana Harshbarger in Washington,” said the Honorable Marilyn Musgrave, SBA List’s Vice President of Government Affairs. “Diana has spent her entire career serving the people of East Tennessee and will be an effective advocate for the most vulnerable in Congress. As a longtime health care professional, she keenly understands that abortion is the opposite of health care. While Pelosi Democrats promote a radical agenda of taxpayer-funded abortion on demand through birth, and even infanticide, Diana will stand up to the abortion lobby and fight for Tennessee’s values. We are proud to endorse her and look forward to working together.”

Diana Harshbarger is originally from Bloomingdale, Tennessee. The first in her family to graduate from college, she attended East Tennessee State University and then earned her doctorate from Mercer University College of Pharmacy. She is a licensed pharmacist and a business owner and has been a community leader for 30 years. Diana is heavily engaged with her church and local nonprofits and serves on the local Chamber of Commerce.