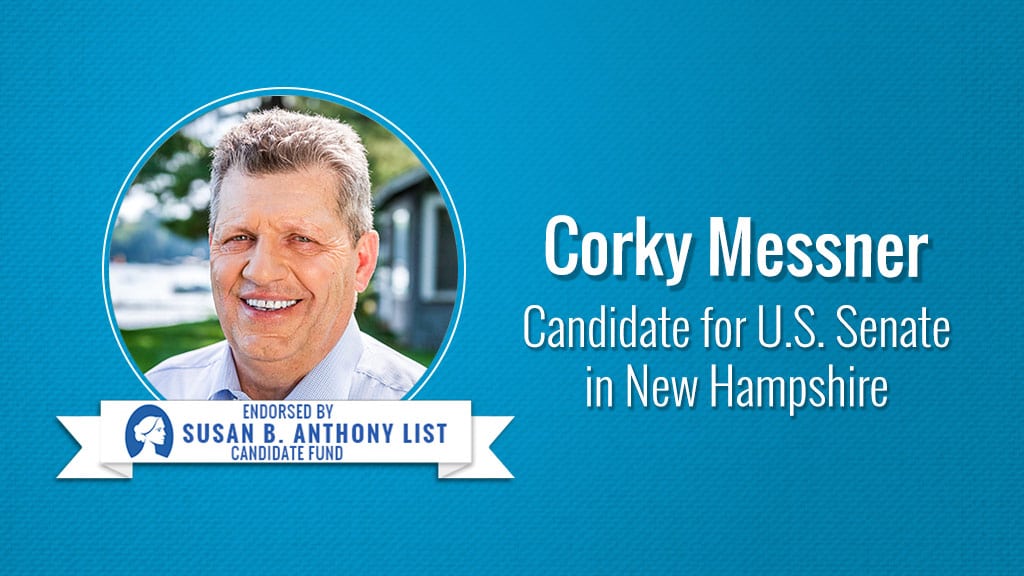 “Corky Messner will defend the most vulnerable in Washington, unlike his opponent Jeanne Shaheen – a pro-abortion extremist who relentlessly promotes extreme anti-life measures,” said Marilyn Musgrave, SBA List’s vice president of government affairs. “Every year, her incessant attempts to insert anti-life language into federal legislation imperils the lives of the precious unborn, and her refusal to work towards common sense and compassionate solutions endangers both mothers and their children. It is high time the people of New Hampshire had a strong pro-life advocate in the Senate like Corky, and we are proud to endorse him.”

Bryant “Corky” Messner lives in Wolfesboro, New Hampshire. He is a graduate of the United States Military Academy at West Point and a former Army Ranger. A successful attorney and businessman, Corky has dedicated his time and resources to improving his community through work on various non-profit organizations like the Wentworth Watershed Association and the Messner Foundation. He is the proud father of three children.