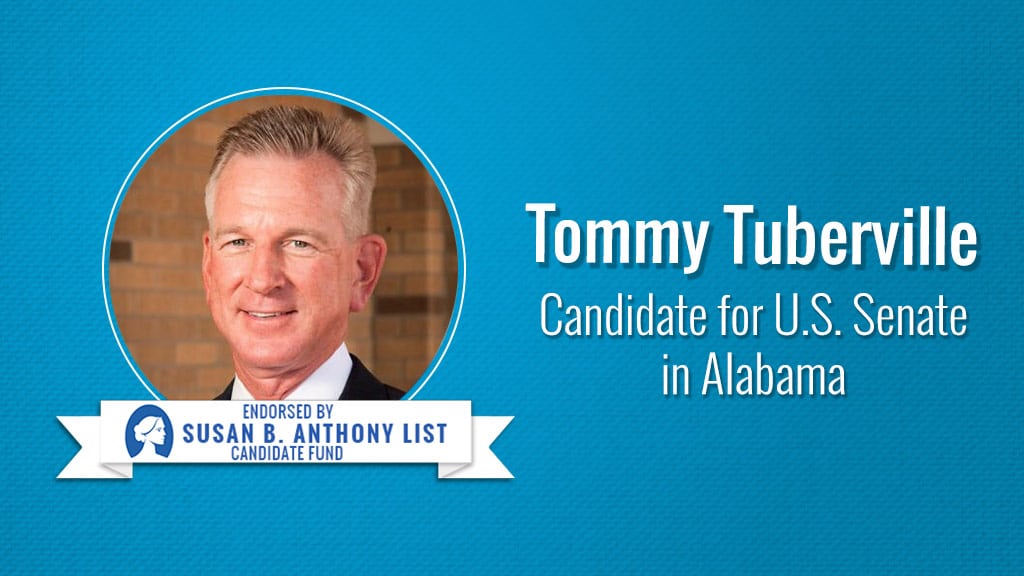 “For two years the pro-life values of Alabamians have been ignored and derided by pro-abortion Senator Doug Jones. That’s why it is imperative that Alabama elects Coach Tommy Tuberville to the U.S. Senate.” said SBA List President Marjorie Dannenfelser. “Earlier this year, Coach Tuberville’s opponent Doug Jones laughed off the issue of painful late-term abortion and called it ‘stupid’. Doug Jones went so far as to vote in favor of late-term abortion and was demoted to an ‘F’ grade on our National Pro-Life Scorecard. In contrast, Coach Tuberville is 100% pro-life and will be an outspoken voice for the unborn. Just as he delivered victory on the football field, we have full confidence that he will deliver big wins for the pro-life movement.”

Coach Tommy Tuberville is a highly acclaimed football coach, leading the Auburn University football team to eight consecutive bowl appearances over 18 years and himself earning College Football’s Coach of the Year and two-time SEC Coach of the Year. After retiring in 2016 he joined ESPN as a full-time member of the broadcast staff. He and his wife Suzanne have two sons.