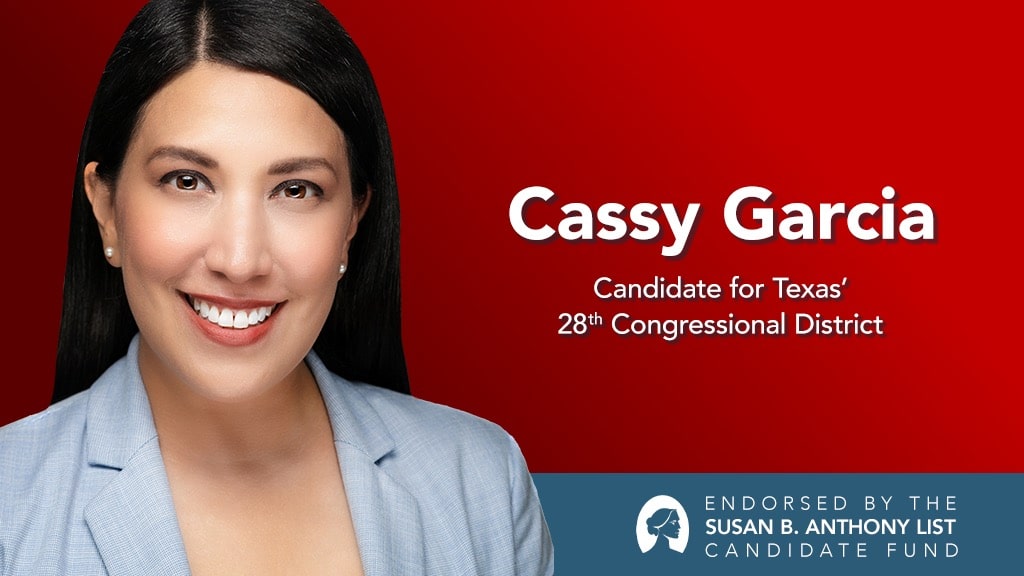 “Cassy Garcia embodies the pro-life, pro-woman leadership Susan B. Anthony List was founded to promote and that Texans deserve to have in Congress,” said Hon. Marilyn Musgrave, SBA List’s vice president of government affairs. “Cassy is a strong advocate of commonsense policies that protect life and compassionate services to help women and families embrace life. In contrast to the growing extremism of Democrats who stand in lock step with the Biden-Pelosi agenda of abortion on demand through birth, paid for by taxpayers, Cassy is in touch with South Texas values and will be a champion for the most vulnerable. We encourage all voters in the 28th District to support her in the primary election on March 1.”