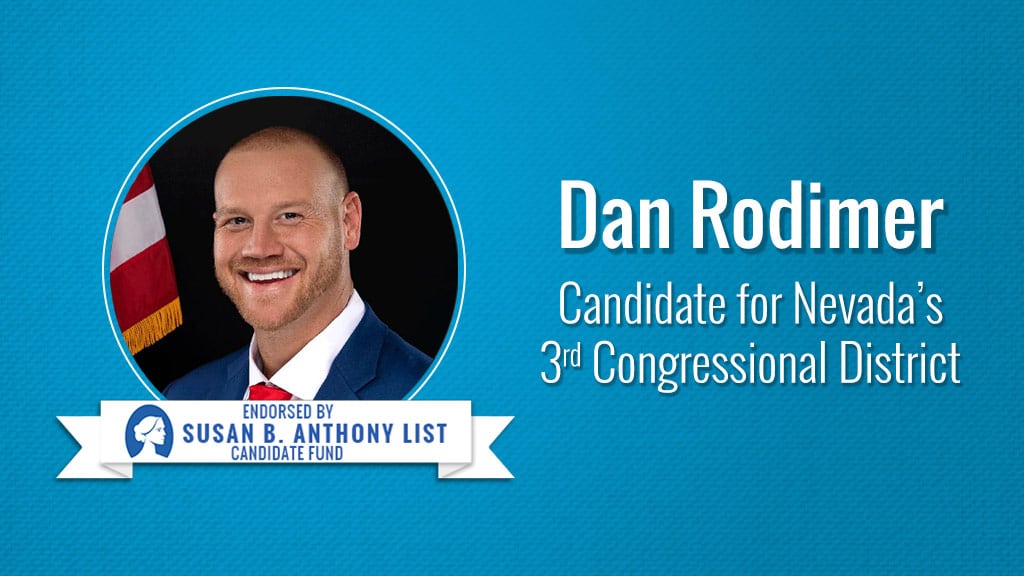 “We are excited to endorse Dan Rodimer for Congress. He is a champion of America’s vulnerable children, including the unborn,” said the Honorable Marilyn Musgrave, SBA List’s Vice President of Government Affairs. “With a passion for service, strong work ethic, and unwavering pro-life convictions, Dan is an impressive candidate who has what it takes to defeat his extreme pro-abortion opponent. Susie Lee is backed by Joe Biden, Barack Obama, EMILY’s List, Planned Parenthood, and NARAL – a ‘who’s-who’ of the radical abortion lobby – and is sure to promote abortion on demand through birth, paid for by taxpayers. A father of six and a man of faith, Dan will be a steadfast ally in fighting the radical abortion agenda. His leadership will be an asset to Nevada and the nation.”

Dan Rodimer is a former WWE wrestler and current owner-operator of several small businesses in his district. He is endorsed by National Right to Life and Nevada Right to Life. A graduate of Ave Maria School of Law, Rodimer helped found Child Haven, a nonprofit that helps underprivileged children celebrate Christmas. He also has experience serving on the Clark County School District Safety Advisory Committee. Dan and his wife Sarah have five children, with a sixth on the way.