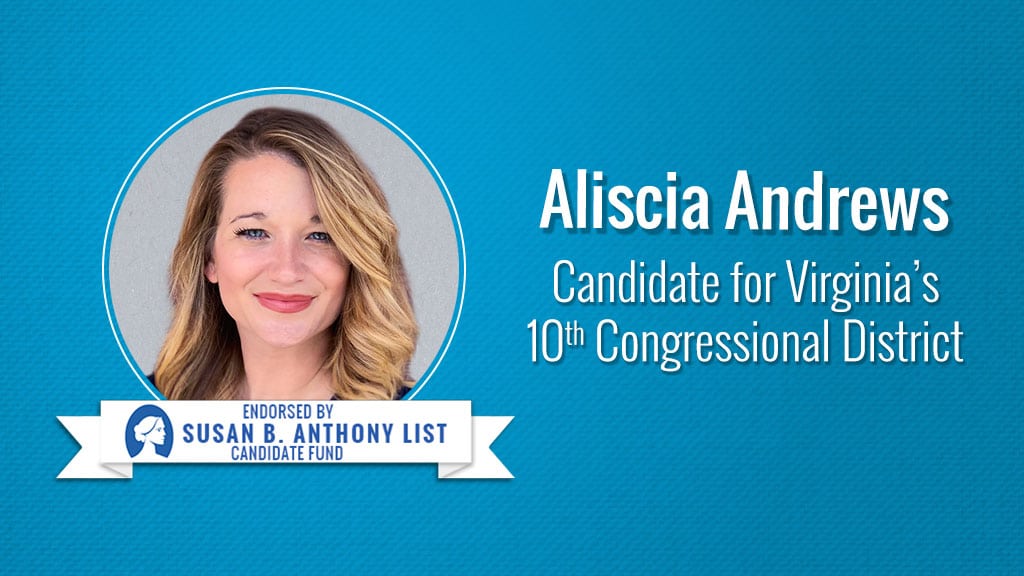 “Aliscia Andrews is the model of strong pro-life, pro-woman leadership Virginia needs in Congress,” said the Honorable Marilyn Musgrave, SBA List’s vice president of government affairs. “As a Marine, Aliscia knows how precious our rights are, especially the right to life. She witnessed generations of her family fight for those values before fighting for them herself. As a mother, she knows every child deserves a chance. In stark contrast, Congresswoman Jennifer Wexton is an extremist who takes pride in being backed by the radical abortion lobby. Wexton consistently votes pro-abortion – even blocking medical care for babies who survive abortions – earning a ‘F’ on our Pro-Life Scorecard. Virginians can count on Aliscia to stand up for life in Washington and we are proud to endorse her.”

Andrews grew up in a military family and continued the tradition when she joined the U.S. Marines. After her deployment she returned stateside and remained on active duty while she and her husband started their family. Since retiring from the Marine Corps, she has built a career in cybersecurity. She volunteers in her community with the Loudoun County Criminal Justice Board, mentoring transitioning veterans, and working with disadvantaged children. She and her husband have three children and live in Aldie, Virginia.