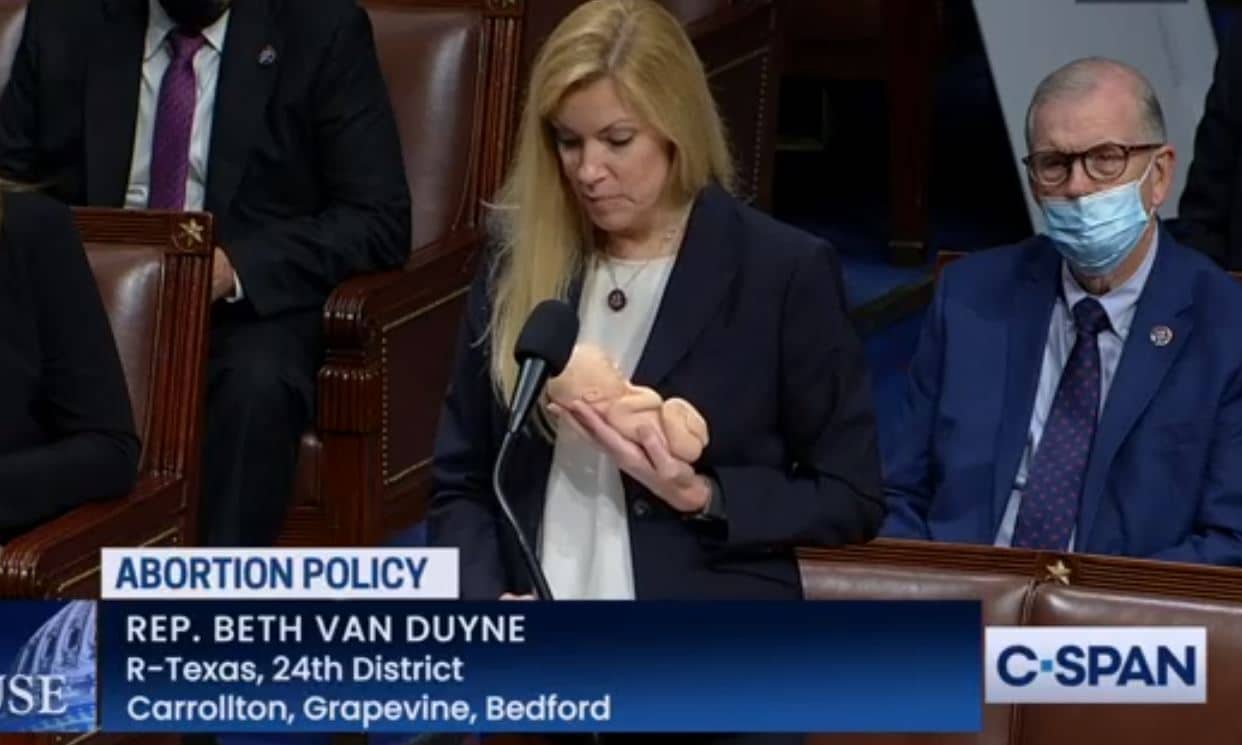 Washington, D.C. – The U.S. House of Representatives today voted 218-211 to advance the so-called “Women’s Health Protection Act,” legislation that would expand abortion on demand by preventing enforcement of existing laws that protect unborn children at the federal and state level and blocking the passage of new pro-life laws.

SBA List has issued a memo detailing the abortion extremism of the bill. In addition, the groups’ research arm Charlotte Lozier Institute has provided expert legal analysis of the legislation.

The national pro-life group Susan B. Anthony List, which will score against the bill, offered the following statement:

“The American people are eager to modernize our laws to reflect decades of science showing that unborn children are as human as you and me – they have beating hearts and can feel pain. But Joe Biden and Nancy Pelosi want to crush debate and impose a national ‘Abortion on Demand Until Birth Act’,” said SBA List President Marjorie Dannenfelser. “Abortion is not health care and the deceptively named ‘Women’s Health Protection Act’ is about propping up the abortion industry, not protecting women. This radical anti-life bill would enshrine abortion on demand up to birth in federal law – blocking popular pro-life laws around the country, including limits on late-term abortions, waiting periods, informed consent laws, and limits on discriminatory abortions, and many others.

“Biden-Pelosi Democrats are dramatically out of touch with the majority of Americans who reject their pro-abortion agenda. We will work tirelessly to expose their extremism, and we thank all our pro-life Republican allies for standing strong to protect unborn children and their mothers.”

Ahead of the vote, Rep. Julia Letlow (LA-05) introduced a motion to recommit, proposing that the Born-Alive Abortion Survivors Protection Act be added to the legislation. Authored by Representative Ann Wagner (MO-02), the Born-Alive Act would ensure that babies born alive after failed abortions receive the medical care they deserve. Dannenfelser praised the move, saying:

“We commend Rep. Cathy McMorris Rogers and all of the the pro-life women who have championed unborn children and women during this debate, including Reps. Julia Letlow, Beth Van Duyne, Mariannette Miller-Meeks, Jackie Walorski, Vicky Hartzler, Virginia Foxx, Michelle Fischbach, Lisa McClain, Kat Cammack, and Diana Harshbarger. Their compassion and dedication to this fight reflects the true will of the American people.”