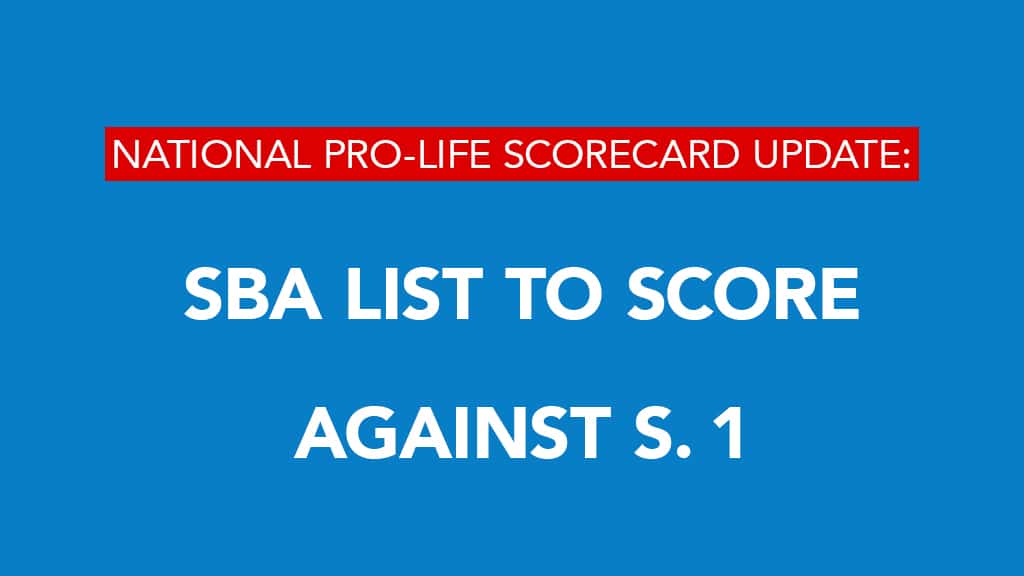 Washington, D.C.  –Today the national pro-life group Susan B. Anthony List (SBA List) announced it will score against S. 1/S.2039, the “Corrupt Politicians Act.” The U.S. Senate is expected to vote on the legislation today.

The score letter reads, in part:

“S.2093/S.1 would override state election laws while imposing unnecessary, unworkable, and unconstitutional mandates. It would make it easier to commit election fraud through ballot harvesting, ballot trafficking, and the elimination of key safeguards protecting the integrity of our elections. Importantly, S.2093/S.1 would chill the speech of pro-life Americans, dilute our voices and votes, and require unverifiable and unsecure absentee voting practices. It would also require automatic, same-day and online voter registration, eliminate common sense voter I.D. laws, and so much more.”

“S. 1 is a direct attack on our nation’s democratic election process – a complete override of state election laws, that makes it easier to commit election fraud, and dilute millions of pro-life voices. Election integrity is an issue of vital strategic importance to the pro-life movement, and SBA List is dedicated to supporting measures that will restore fair, secure, and transparent elections so we can continue to elect pro-life champions and advocate for common sense, compassionate pro-life policy.”

Recent polling shows the majority of voters, including Black and Hispanic as well as urban and Independent voters, want it to be easy to vote and hard to cheat.