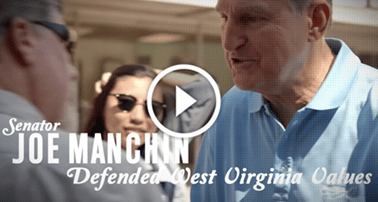 Once Again, Sen. Manchin Bucks Extremism of His Party, Stands for the Unborn and Pro-life Americans

Last Sunday on Fox News, when asked about his stance on the Build Back Better Act, Senator Manchin stated:

“If I can’t go home and explain it to the people of West Virginia, I can’t vote for it – and I cannot vote to continue with this piece of legislation.”

“We commend Senator Manchin for standing strong this entire year to protect unborn children and keep American taxpayer money away from the radical abortion lobby. He’s right: he would not be able to explain to West Virginians, some of the most pro-life people in our country, a vote that would have expanded gruesome painful abortions and forced his constituents to pay for it. His courage has saved countless lives, and it has not gone unnoticed.”

In November, the Pelosi-led House of Representatives passed a massive a $2 trillion reconciliation bill that dramatically expands taxpayer funding of abortion. Without Senator Manchin’s support for the bill, it failed to receive a vote in the Senate before the end of the year.

Under the bill’s new health care expansion, the federal government would even fund abortions with taxpayer dollars in pro-life states that have currently opted out of abortion funding. SBA List scored against the legislation, detailing the expansions of taxpayer-funded abortion in the massive bill.