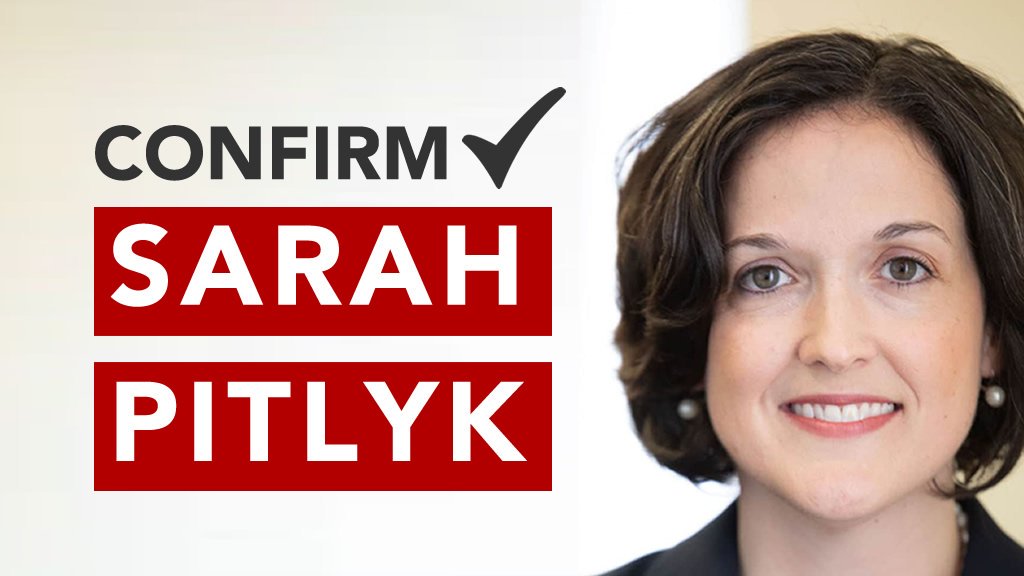 Washington, D.C.  – Today the national pro-life group Susan B. Anthony List (SBA List) celebrated as the U.S. Senate voted to confirm Sarah Pitlyk to serve on the U.S. District Court for the Eastern District of Missouri. President Trump announced his nomination of Pitlyk in August. SBA List mobilized thousands of grassroots activists to support Pitlyk ahead of the confirmation vote.

“We congratulate Sarah Pitlyk on her well-deserved confirmation and are confident she will serve with distinction on the federal bench,” said SBA List President Marjorie Dannenfelser. “With her world-class education, extensive legal expertise, and commitment to fairness and integrity, we are pleased to see Ms. Pitlyk prevail over partisan obstruction. We thank President Trump for choosing another exceptional nominee, as well as Leader McConnell and our Senate allies for their tireless work to get the President’s judges confirmed.”