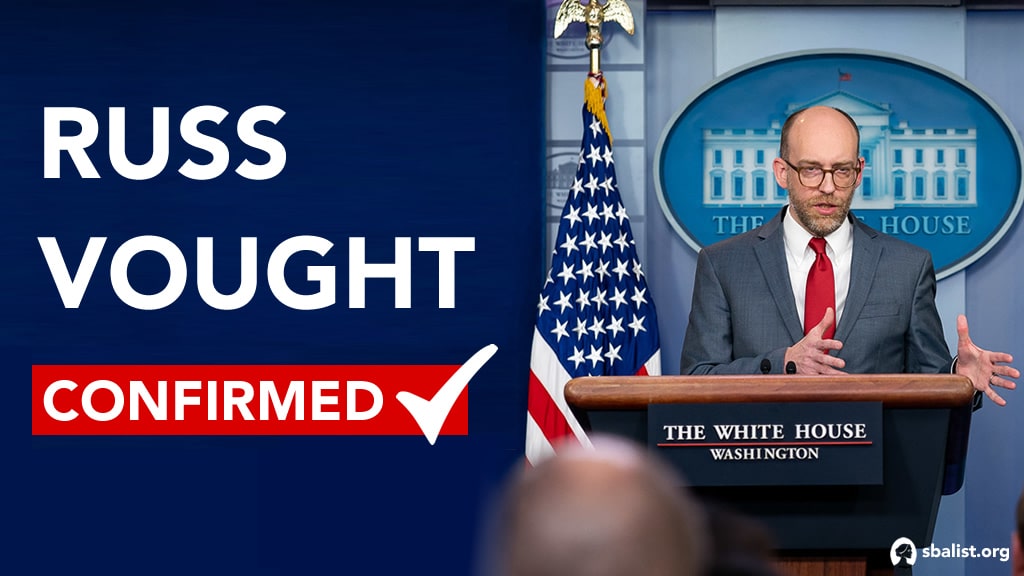 Washington, D.C.  – Today the national pro-life group Susan B. Anthony List (SBA List) celebrated the U.S. Senate’s confirmation of Russ Vought as director of the Office of Management and Budget (OMB). Vought has served as acting director since January 2019; President Trump nominated him as Director in March of this year.

“We thank President Trump along with Leader McConnell, Chairman Johnson, Chairman Enzi and the pro-life Senate majority for their leadership in confirming Russ Vought as head of OMB,” said SBA List President Marjorie Dannenfelser. “Vought has an excellent pro-life record of preserving our pro-life gains from the attacks of pro-abortion Pelosi Democrats and their radical agenda of taxpayer-funded abortion on demand through birth. He has been instrumental in stopping Title X taxpayer funding of Planned Parenthood and other abortion businesses, protecting private insurers from being forced to cover elective abortions, and safeguarding conscience protections for pro-life health care workers and entities. We congratulate Director Vought on his confirmation and celebrate President Trump’s appointment of a true champion for the unborn to serve in this important position within the administration.”

In January of this year, Director Vought commended President Trump for becoming the first U.S. President to attend the National March for Life, highlighting several of his pro-life policy wins.