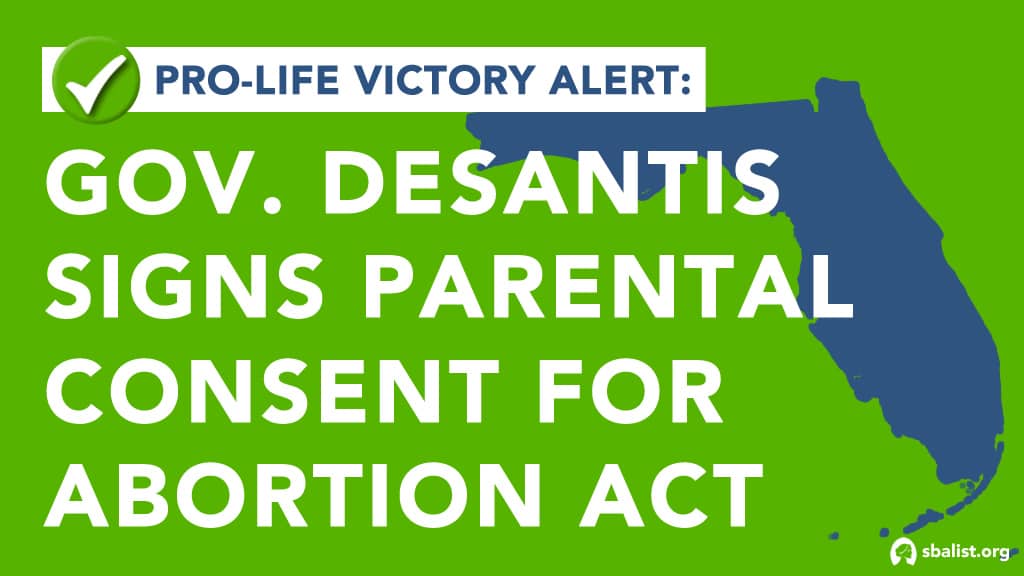 Washington, D.C. –  Today Florida Governor Ron DeSantis (R) signed a law to require consent from a parent or legal guardian prior to a minor receiving an abortion. The legislation also increases the penalty for providers who refuse to comply with the state’s requirement to provide care for infants born alive after failed abortions. State Senator Kelli Stargel (District 22) and State Representative Erin Grall (District 54) championed the legislation in the Senate and House, respectively.

“We are grateful to Governor DeSantis for swiftly signing into law crucial protections for young girls facing an unexpected pregnancy,” said SBA List President Marjorie Dannenfelser. “This legislation is backed by a majority of Florida voters and simply requires that minors receive parental consent when seeking an abortion. Parents in the Sunshine State will be able to protect their daughters from the abortion industry, which prioritizes its own profits over the health and safety of vulnerable girls. We thank Senator Stargel and Representative Grall, both members of our National Pro-Life Women’s Caucus, as well as the Florida Family Policy Council and the Florida Catholic Conference for their tireless work advancing this important legislation.”