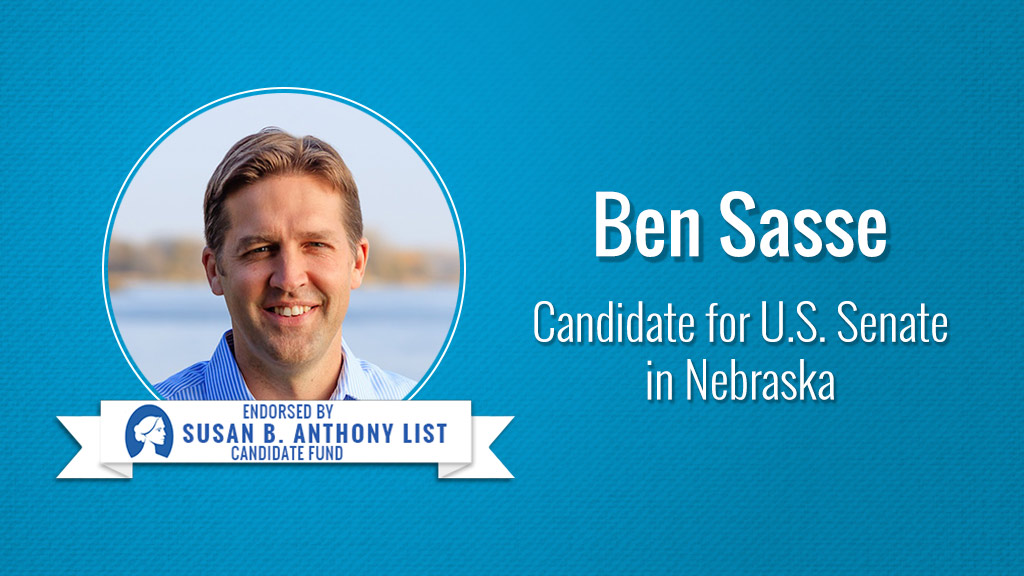 “Senator Sasse has shown exceptional pro-life courage and leadership in the U.S. Senate, and we are so proud to endorse him for re-election,” said Marilyn Musgrave, SBA List Vice President of Government Affairs. “Senator Sasse is the author and chief sponsor of legislation that would protect babies born alive after abortions, finally putting an end to the horrifying practice of infanticide. Earlier this year, Senator Sasse gave an impassioned speech on the floor of the U.S. Senate, calling out Senate Democrats’ extreme support for abortion on demand through birth and even infanticide as they filibustered his legislation. He has consistently fought to end taxpayer funding of the abortion industry. His proven ability to cut through pro-abortion doublespeak to the heart of the matter could not be more crucial at a time when the future of the judiciary and the fate of countless innocent lives are on the line. We urge the pro-life voters of Nebraska to re-elect Ben Sasse so he can continue to defend the unborn and stand up to the radical abortion lobby in Washington.”

Sen. Sasse introduced the Born-Alive Abortion Survivors Protection Act, ensure that infants born alive during failed abortions receive the same medical care afforded children born prematurely at the same age, and led efforts to bring the bill to a vote in the Senate. He is also a cosponsor of the Pain-Capable Unborn Child Protection Act and the No Taxpayer Funding for Abortion and Abortion Insurance Full Disclosure Act, earning an A grade on the SBA List National Pro-life Scorecard.

First elected to the Senate in 2014, Sasse previously served as president of Midland University in Nebraska. He has also worked as an assistant professor at the University of Texas at Austin, as an advisor to the U.S. Department of Health and Human Services and the U.S. Department of Homeland Security, and as a business consultant. He is a bestselling author of two books on social concerns. He and his wife Melissa have three children.