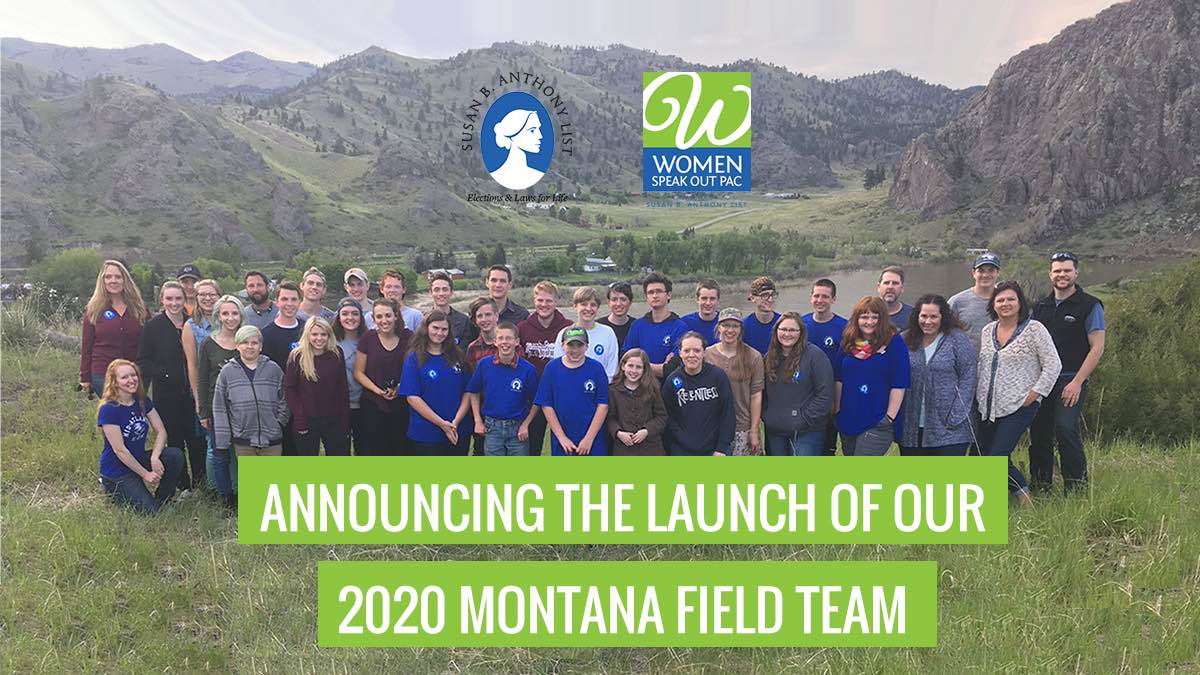 Washington, D.C. – Women Speak Out PAC announced today details of the group’s campaign plans in Montana to support President Donald Trump and Senator Steve Daines, including the hiring of SBA List veteran Jodi Smith as Montana State Director. Women Speak Out PAC is the partner super PAC of Susan B. Anthony List. Smith previously led SBA List’s field efforts during the 2017 and 2018 cycles when the group made nearly 100,000 visits to voters in support of Rep. Greg Gianforte. Smith also served as State Director in Indiana and Kentucky in previous election cycles.

Pro-life activists and Montana natives Evangeline Lancette and Karley Doty have been hired as field directors in Helena and Bozeman, respectively. The team will quickly grow and start with live voter calls before beginning door to door canvassing. The Montana efforts are part of the SBA List’s overall $52 million budget for the 2020 cycle and includes mail and digital advertising in addition to boots on the ground.

“We are pleased to announce more details about our Montana campaign, and thrilled that our seasoned State Director, long-time grassroots organizer Jodi Smith, will be leading the charge,” said Mallory Quigley, national spokeswoman for Women Speak Out PAC. “Jodi and her team know what it takes to reach voters one on one in Big Sky country and how to expose abortion extremism. Not only is the Democrats’ position on this issue morally abhorrent, it is a major political liability, even among the party rank and file.

“Preserving our pro-life Senate majority and safeguarding a champion like Senator Steve Daines is just as important as re-electing this President. As the founder of the Senate Pro-life Caucus, Senator Daines has contributed invaluably to the fight against late-term abortion and infanticide. He has also worked to stop taxpayer funding of abortion and strengthen conscience protections for pro-life Americans. Finally, he helped to confirm now-Justices Neil Gorsuch and Brett Kavanaugh to the Supreme Court. We know he will continue to work with President Trump to represent the pro-life citizens of Montana by confirming more pro-life judges and going on offense to stop the abortion lobby’s radical agenda.”