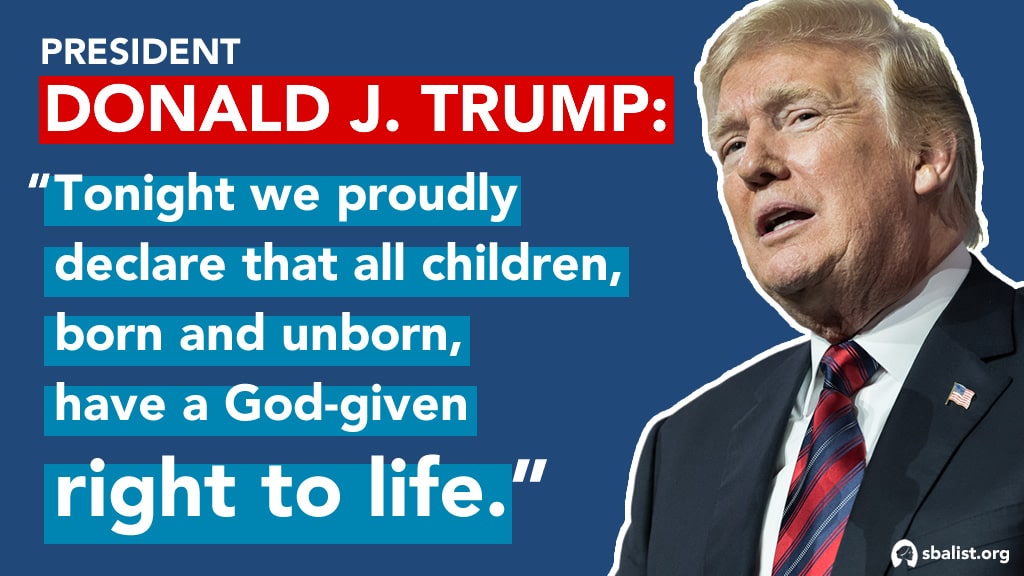 Washington, D.C.  – Tonight as President Donald Trump formally accepted the Republican nomination for re-election in a speech at the Republican National Convention, his remarks called out the extremism of the Democratic Party on abortion.

“President Trump’s speech marks the pinnacle of the most explicitly pro-life Republican convention ever. While Joe Biden, Kamala Harris and other leading Democrats downplay their radical and deeply unpopular agenda, President Trump and Vice President Pence continually call out the Democrats for supporting abortion on demand through birth and even infanticide, paid for by taxpayers. In stark contrast to the Democrats, who were too afraid to even utter the word ‘abortion’ during four days of national television coverage, they are using their platform to promote a multitude of diverse pro-life voices. Thanks to the extraordinary leadership of our pro-life president and vice president, Republicans are unified and energized on this issue like never before and life is truly winning in America.”

Dannenfelser is the author of “Life is Winning,” which details how the pro-life cause went from being perceived as a political “problem” to a winning issue. The book is available in stores and online at www.lifeiswinningbook.com.

SBA List is tracking the abortion extremism of the Biden-Harris ticket at www.LifeOnTheBallot.com.