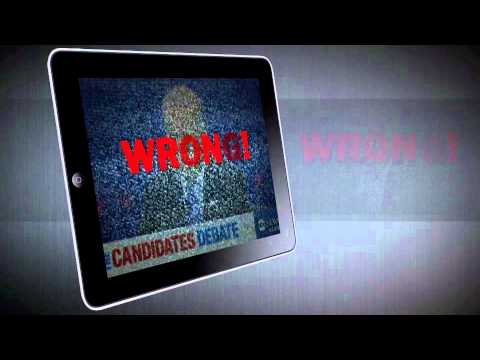 WASHINGTON, D.C. – This morning the Susan B. Anthony List (SBA List) launched a new web ad countering the false statements made by President Obama and Vice President Biden on the campaign trail. The ad debunks the claim that Planned Parenthood, America’s #1 abortion provider, provides mammograms but does not provide abortions. The ad also hits back on the falsehood that religious institutions including hospitals and charities are not forced to provide coverage of abortion-inducing drugs under the HHS Preventive Services Mandate.

“With Obamacare and the HHS Mandate, President Obama has launched an unprecedented attack on freedom of religion and the rights of conscience. President Obama knows this – and in an effort to distract the media and grassroots, he and his team have resorted to using scare tactics with women’s health,” said Marjorie Dannenfelser, President of SBA List.

“Planned Parenthood’s own annual report reveals that it is the largest abortion provider in the nation – it does not provide comprehensive, whole woman’s health care, including mammograms. The HHS mandate forces religious institutions and Americans of faith and conscience to violate their beliefs and pay for coverage of abortion-inducing drugs. Women want and deserve leaders that care about access to comprehensive, whole woman care, not those who promote only abortion-centered institutions and policies.”

Following Vice President Biden’s claim that Catholic hospitals and charities would not be negatively impacted by the HHS Mandate, the United States Conference of Catholic Bishops (USCCB) responded on October 12 with a letter saying: “This is not a fact. The HHS mandate contains a narrow, four-part exemption for certain ‘religious employers.’ That exemption was made final in February and does not extend to ‘Catholic social services, Georgetown Hospital, Mercy Hospital, any hospital,’ or any other religious charity that offers its services to all, regardless of the faith of those served.”

The Washington Post fact check column recently awarded President Obama three “Pinocchios” for repeatedly saying that Planned Parenthood provides mammograms. According to HHS, no Planned Parenthood clinic in the country is authorized to perform mammograms under the federal Mammogram Quality Standards Act. A recent paper published in First Things pointed out that abortion is 125 to 165 times more profitable than mammography. During fiscal year 2009-2010, Planned Parenthood reported more than one billion dollars in net assets.