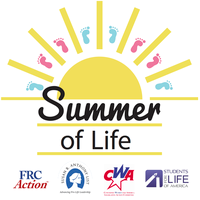 Washington, D.C – This morning the national pro-life groups Concerned Women for America, Family Research Council Action, Students for Life of America, and the Susan B. Anthony List announced the launch of a multistate “Summer of Life” tour to bring awareness to the Pain-Capable Unborn Child Protection Act. The legislation, which has been passed by the U.S. House and would limit abortions after 5 months — or more than halfway through pregnancy — is currently being blocked in the U.S. Senate by Majority Leader Harry Reid and his pro-abortion allies. Senators Mark Udall (D-CO), Kay Hagan (D-NC) and Mark Pryor (D-AR) have all refused to support the legislation, which is supported by the majority of Americans, especially women.

“A federal law is long overdue,” stated Marjorie Dannenfelser, president of the Susan B. Anthony List. “The United States is only one of seven countries to allow abortion on demand at such a late stage of pregnancy. Last summer the U.S. House took action by passing the Pain-Capable Unborn Child Protection Act. Unfortunately that legislation has languished in the U.S. Senate, where pro-abortion Senate Majority Leader Harry Reid and his pro-abortion allies have refused to even allow a vote. The SBA List is proud to join this coalition of pro-life groups to draw awareness to those Senators who have refused to stand up for babies capable of feeling pain and their mothers.”

The U.S. House passed companion legislation in June 2013 by a vote of 228-196. The Senate bill introduced by Sen. Lindsey Graham (R-SC) has 40 cosponsors.

National polling by Quinnipiac, National Journal, Huffington Post, NBC/Wall Street Journal, and Washington Post/ABC News all found that a plurality or majority of Americans support limiting abortion after 20 weeks and that women support the measure in higher proportions than men.