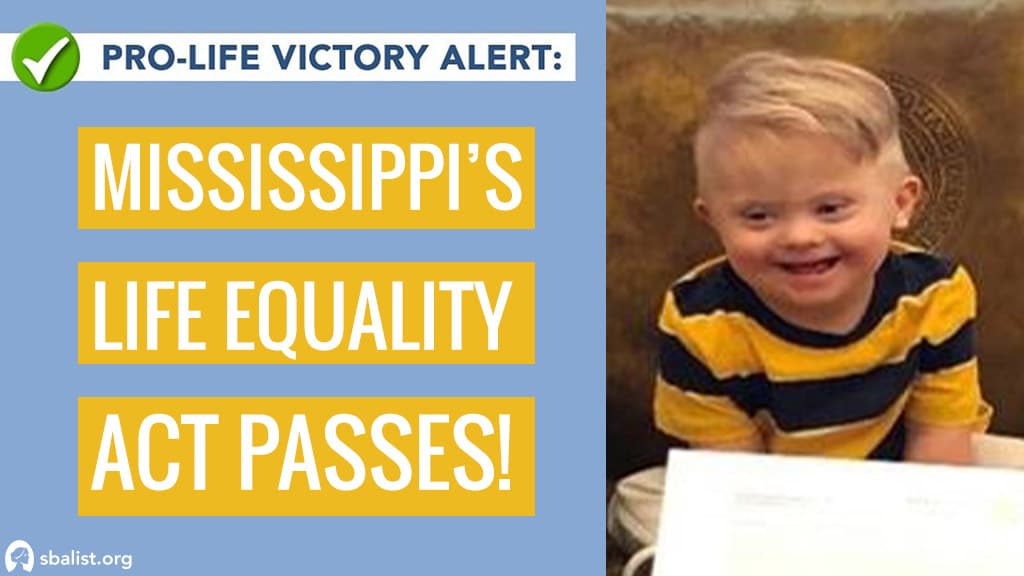 Advocates Urge Swift Enactment of Life Equality Act to Protect Babies from Abortion on the Basis of Sex, Race, or Genetic Makeup

Jackson, MS. –  The national pro-life group Susan B. Anthony List (SBA List) today celebrated as the Mississippi Legislature sent the Life Equality Act, legislation to stop the practice of discrimination abortions carried out because of a child’s race, sex, disability, or genetic makeup, to pro-life Governor Tate Reeves’s desk. The bill passed the Senate on Thursday by a margin of 33-11 and now heads to the governor.

“We are excited to see the Life Equality Act advance one step closer to becoming law. Governor Tate Reeves is a strong pro-life leader and we are confident he will sign it without delay,” said SBA List State Policy Director Sue Liebel.  “Mississippians agree: Abortions carried out because of a baby’s sex, race, or potential disability, such as Down syndrome, constitutes modern-day eugenics. It is unacceptable in this day and age that unborn children can be targeted for lethal discrimination in the womb, something that would not be considered tolerable anywhere else in our society. 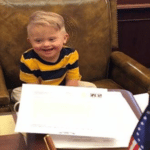