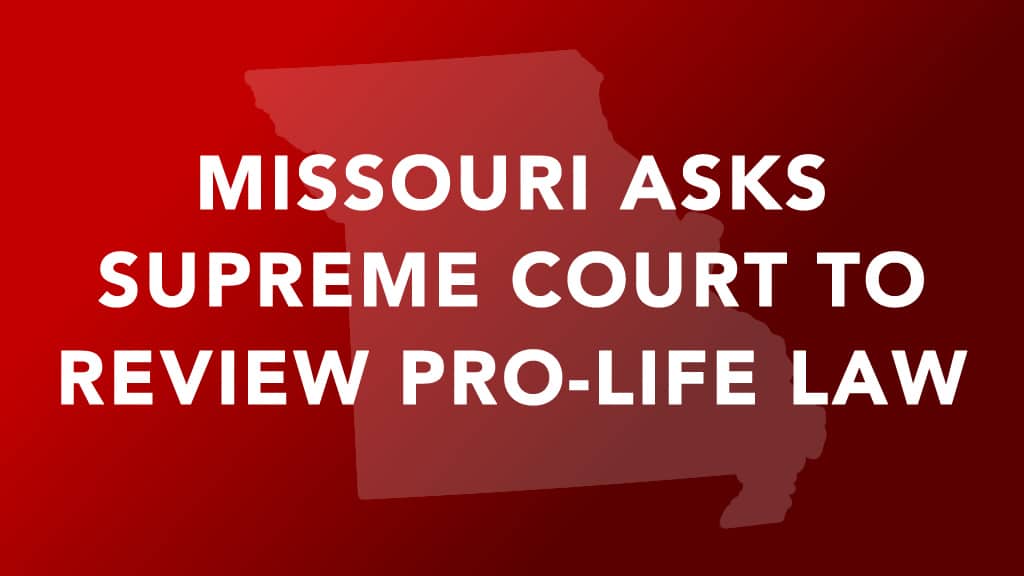 Dannenfelser: “It is time for the Supreme Court to catch up to scientific reality and the resulting consensus of the American people”

Washington, D.C. – Today the national pro-life group Susan B. Anthony List (SBA List) commended Missouri Attorney General Eric Schmitt for petitioning the U.S. Supreme Court to review the Missouri Stands for the Unborn Act after it was struck down by lower courts.

This comes on the heels of the Supreme Court announcing it will consider the constitutionality of pre-viability limits on abortion as it reviews Mississippi’s 15-week abortion limit in Dobbs v. Jackson Women’s Health Organization. Attorney General Schmitt’s petition also asks the Court to consider the constitutionality of the Missouri Stands for the Unborn Act’s pre-viability limits.

“We commend Attorney General Schmitt for petitioning the Supreme Court to uphold this robust pro-life law, which Missouri lawmakers enacted on the will of the people in their state. These are some of the strongest protections for the unborn nationwide, and are reflective of a groundswell of pro-life laws enacted in recent years. Across the nation, state lawmakers acting on the will of the people have introduced nearly 500 pro-life bills this year alone aimed at humanizing our laws and challenging the radical status quo imposed by Roe.

“Advances in science and medicine have proven that abortion jurisprudence in our nation is outdated and is long past due for modernization. It is time for the Supreme Court to catch up to scientific reality and the resulting consensus of the American people as expressed in elections and policy.”

The Missouri Stands for the Unborn Act also includes provisions limiting late-term abortions after five months of pregnancy, when science shows unborn children can feel pain; declaring the state of Missouri and all its political subdivisions a “sanctuary of life”; banning discriminatory abortions for reasons of sex, race, or Down syndrome; requiring abortionists to have adequate malpractice insurance; and more.