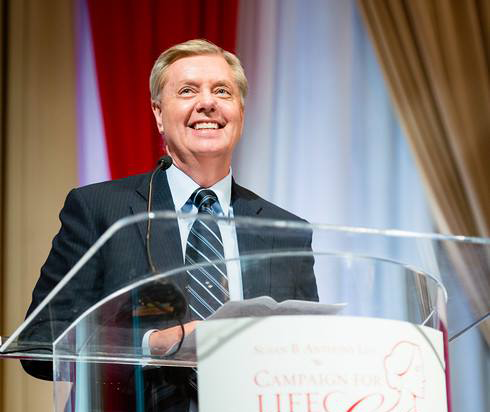 WHAT:          Tour of Carolina Pregnancy Center followed by press conference

“SBA List is honored to join pro-life hero Sen. Lindsey Graham to spotlight the indispensable work of organizations like the Carolina Pregnancy Center,” said Musgrave. “Across the nation, communities like Spartanburg are passionately dedicated to building up life-affirming resources for mothers and children in need. They display the compassionate heart of the pro-life movement and prove that life is winning in America. We are grateful to Sen. Graham for consistently affirming this shared mission.

“Sen. Graham is the leading champion of legislation to stop late-term abortion after five months of pregnancy when we know unborn children can feel excruciating pain. As chairman of the Senate Judiciary Committee, he has courageously stood up to unprecedented obstruction by pro-abortion Democrats in the fight to confirm President Trump’s constitutionalist judges. In contrast, his opponent Jaime Harrison backs abortion on demand through birth, paid for with taxpayer dollars – an extreme agenda the people of South Carolina reject. We are proud to support Sen. Graham and greatly look forward to seeing him re-elected.”

Lindsey Graham was first elected to the U.S. Senate in 2002 after serving four terms in the U.S. House of Representatives. Since 2019 he has served as chairman of the Senate Judiciary Committee. He is the primary sponsor of the Pain-Capable Unborn Child Protection Act (known as “Micah’s Law” in honor of Micah Pickering), which would protect unborn children from late-term abortion after five months, more than halfway through pregnancy, a point by which science shows they can feel pain. He is a co-sponsor of the Born-Alive Abortion Survivors Protection Act. As chairman he has led hearings on both bills, as well as leading the confirmation of nearly 200 federal judges nominated by President Trump.