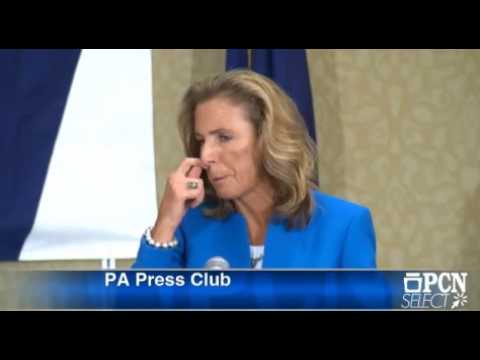 Washington, D.C. — Pennsylvania senatorial candidate Katie McGinty refused to answer a question on whether she supports repeal of the Hyde Amendment this week, prompting reaction from the national pro-life group Susan B. Anthony List (SBA List).

The Hyde Amendment protects the conscience rights of taxpayers by ensuring public funds are not used for abortion on-demand. Hillary Clinton has pledged to repeal this longstanding, bipartisan policy if she is elected president and the 2016 Democratic Party platform, for the first time, explicitly calls for its repeal.

“Thirty-two percent of Democrats consider themselves pro-life. That includes Pennsylvania’s own Sen. Bob Casey. Casey has not only joined other high-profile Democrats in speaking out against Hillary’s plan to repeal Hyde, he is the author of legislation that would make this policy permanent law,” said Susan B. Anthony List President Marjorie Dannenfelser.

“In ducking the question on the Hyde Amendment, Katie McGinty refuses to be honest about where she stands,” Dannenfelser continued. “But we know. McGinty has been endorsed by the radical pro-abortion group EMILY’s List. There is no daylight between her and the most pro-abortion partisans. Voters deserve to hear from McGinty in her own words whether she will stand the abortion lobby or Pennsylvania women, families, and taxpayers.”

A Marist poll released in July found that a majority of Americans (62 percent) oppose taxpayer fundingof abortion including 45 percent of those who say they are “pro-choice” and 44 percent of Democrats. In addition to Bob Casey, Joe Donnelly, Heidi Heitkamp, and Joe Manchin have also spoken out against the repeal of Hyde.

Susan B. Anthony List and its Political Action Committees, the SBA List Candidate Fund and Women Speak Out PAC, spent $16.71 million in the 2014 election cycle to defeat pro-abortion incumbents and elect pro-life candidates to federal and statewide office. The SBA List is dedicated to pursuing policies and electing candidates who will reduce and ultimately end abortion. To that end, the SBA List emphasizes the education, promotion, mobilization, and election of pro-life women. The SBA List is a network of more than 465,000 pro-life Americans nationwide.