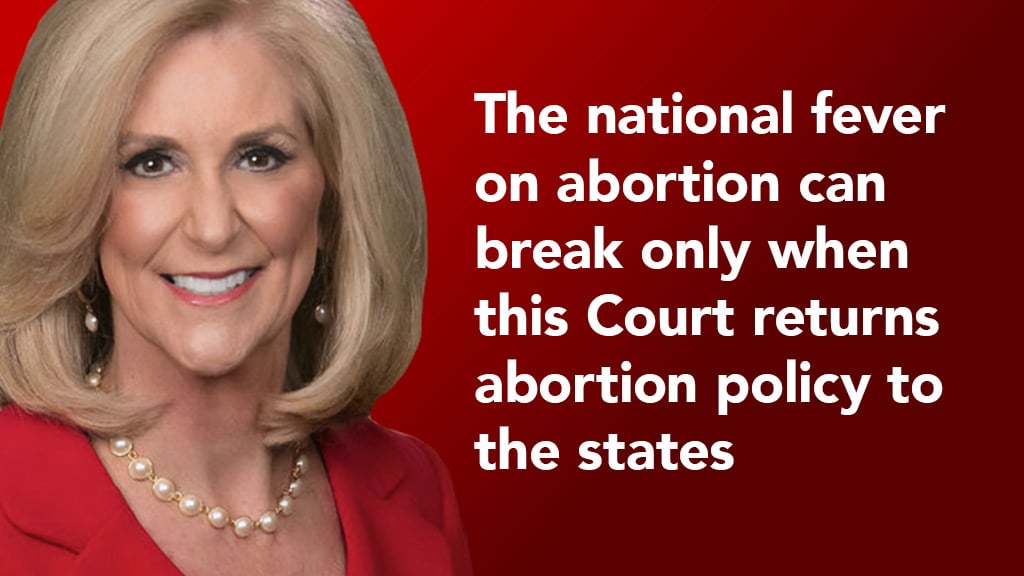 Washington, D.C. – Today Mississippi Attorney General Lynn Fitch filed a brief with the U.S. Supreme Court in support of the state’s 15-week abortion limit, passed by overwhelming majorities in the state legislature and signed by then-Governor Phil Bryant. In Dobbs v. Jackson Women’s Health Organization, the Court will specifically consider whether all pre-viability bans on abortion are unconstitutional. The case will be heard in the next term, which begins in October, with a decision most likely in the spring or summer of 2022.

The brief reads in part:

“The national fever on abortion can break only when this Court returns abortion policy to the states – where agreement is more common, compromise is more possible, and disagreement can be resolved at the ballot box.”

The national pro-life group Susan B. Anthony List (SBA List) praised the strong defense of Mississippi’s pro-life law and the right of state legislators to enact laws that reflect the values of the people:

“Attorney General Fitch’s masterful brief makes clear that the Supreme Court’s abortion jurisprudence is hopelessly unworkable, ungrounded in history or facts, and has tied the hands of pro-life Americans and their elected representatives for decades. It is long overdue to let this debate move forward democratically,” said SBA List President Marjorie Dannenfelser.

“Mississippi’s pro-life law reflects science and international norms and we’re eager to see the Court catch up. By 15 weeks, they have fingers and toes, fully formed noses, lips, eyelids and eyebrows. They are clearly human, and they can feel pain. Most European nations limit late-term abortion by this point. And as this brief notes, the United States is an extreme global outlier, one of only a handful of countries – including China and North Korea – that allow abortion on demand up to birth.

“Americans agree it is time to modernize our laws. Across the nation, state legislators acting on the will of the people have enacted 89 new pro-life laws and counting this year alone. At stake are countless lives and the right to protect the most vulnerable among us. We are proud to stand with Attorney General Fitch at this pivotal moment in the fight for unborn children and their mothers.”

“There are those who would like to believe that Roe v. Wade settled the issue of abortion once and for all…But all it did was establish a special-rules regime for abortion jurisprudence that has left these cases out of step with other Court decisions and neutral principles of law applied by the Court. As a result, state legislatures, and the people they represent, have lacked clarity in passing laws to protect legitimate public interests, and artificial guideposts have stunted important public debate on how we, as a society, care for the dignity of women and their children. It is time for the Court to set this right and return this political debate to the political branches of government.”