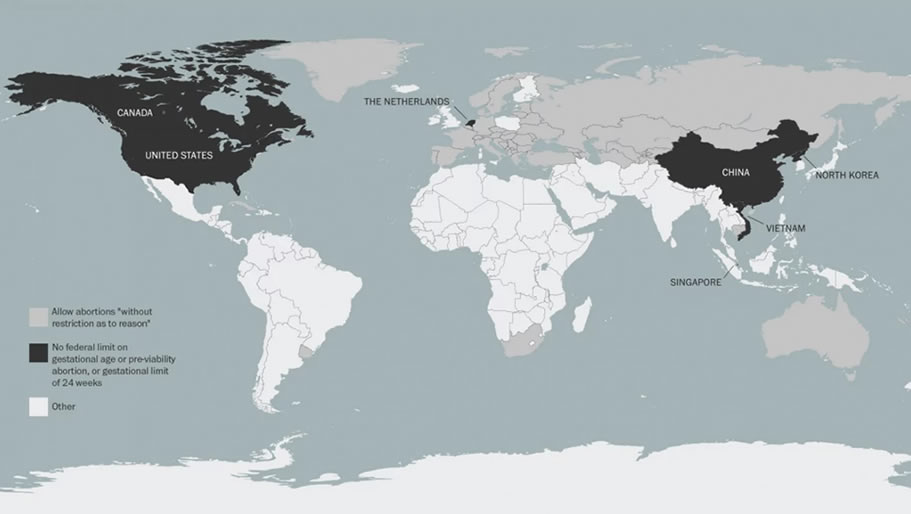 The House approved a ban on 20-week abortions this week, and this dramatic statistic caught our attention.

This debate is about late-term abortions after 20 weeks, which is the midpoint of a woman’s pregnancy, and before the fetus typically is considered viable to live outside the womb. Currently, states can decide to ban abortions after a certain point in the pregnancy, usually 20 to 24 weeks.

This one seemed a bit surprising, so we looked into it. And it turned out, it’s backed by data.

The source of this claim is a 2014 report by the Charlotte Lozier Institute, which opposes abortion rights. It’s the most updated version of this report.

The group analyzed abortion laws in 198 countries and other independent or “semiautonomous” regions with more than 1 million residents.

This statistic seemed dubious at first, because it seemed extreme for just seven countries out of 198 to allow elective abortions after 20 weeks of pregnancy. But upon further digging, the data back up the claim. … We award the elusive Geppetto Checkmark when a factoid surprisingly turns out to be true, as in this case.