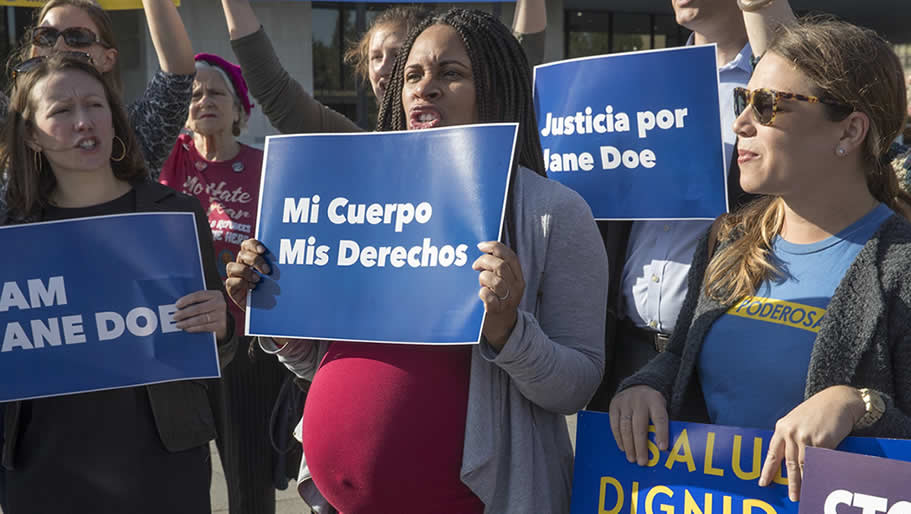 We are incredibly saddened to learn that the immigrant Jane Doe’s baby has been aborted. We did our best to make sure she had a voice in the media.

For the last seven months, HHS has intervened to prevent abortions sought by girls at federally funded shelters. The Jane Doe case has opened a new legal front over abortion rights and has raised thorny issues about immigration and the rights of foreigners on U.S. soil.

Anti-abortion groups such as Americans United for Life and Susan B. Anthony List condemned Tuesday’s ruling. The decision will turn the country into “a sanctuary nation for abortion,” wrote SBA List President Marjorie Dannenfelser in a statement. “This shameful ruling must not stand.”

From The Daily Caller:

“Our thoughts are foremost with the young girl, who has now been saddled with the death of her child before she has even reached her eighteenth birthday – a terrible burden for anyone to carry, much less at such a tender age and so far from home,” Susan B. Anthony List President Marjorie Dannenfelser said in a statement.

Unsurprisingly, pro-abortion groups applauded Doe’s abortion. “Judges that respect our right to abortion & believe in justice for all are why Jane Doe was able to have an abortion today,” NARAL tweeted after the procedure was complete.

From the Washington Free Beacon:

Marjorie Dannenfelser, president of the pro-life Susan B. Anthony List, said the case illustrates the radical nature of abortion supporters.

“We unequivocally reject abortion advocates’ narrative that justice has been done in this case. Instead the extreme agenda of the abortion lobby and the ACLU has claimed two victims and made a cruel mockery of the ‘American dream,'” she said in a statement. “We will continue to oppose all efforts to impose a so-called constitutional right to abortion and turn the United States into a sanctuary nation for abortion.”

We will continue to pray for Jane Doe and her deceased child.