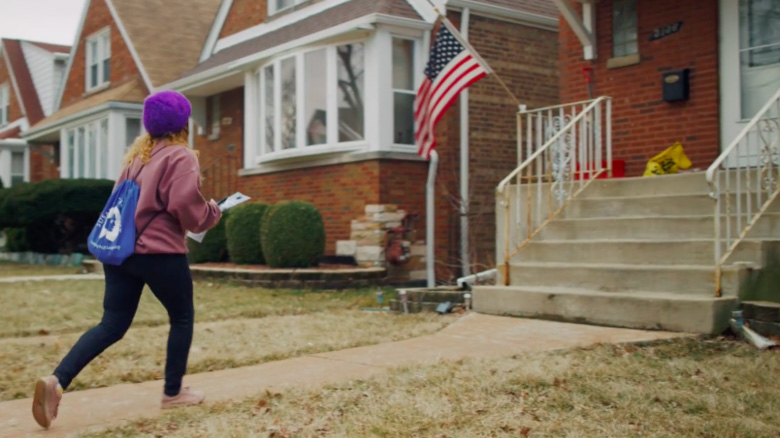 Rep. Dan Lipinski, one of the few anti-abortion Democrats in Congress, narrowly defeated a political newbie in the Illinois primary on Tuesday night, dashing the hopes of progressives who believe the seven-term congressman is too conservative for the modern-day Democratic Party. Lipinski’s opponent, Marie Newman, had the endorsement of several major unions, reproductive rights groups, and big-name Democrats (Kirsten Gillibrand, Bernie Sanders), while the incumbent could barely get his own colleagues to mutter their support. But Lipinski still won, outpacing Newman by about 2.5 percentage points.

He may owe his victory, in part, to Susan B. Anthony List, an anti-abortion advocacy group that made a six-figure investment in Lipinski before Election Day. The organization marshaled 70 canvassers—staff members and college-student volunteers—to knock on the doors of 17,000 homes where voters tagged as anti-choice Democrats live. Susan B. Anthony List also bought Facebook ads claiming that “Marie Newman supports painful late-term abortions of healthy babies—paid for by taxpayers!” and sent out direct mail that encouraged voters to “Imagine someone killing a 7-pound baby for any reason, or no reason at all.” That mailer also framed the issue with left-leaning rhetoric to appeal to Democratic voters. “[Lipinski] believes the human rights championed by Democrats should be extended to unborn babies,” it said.

Though Susan B. Anthony List’s endorsement history heavily favors Republicans, it is a nonpartisan group, and Lipinski is one of its longstanding favorites. “Dan Lipinski is a pro-life hero of legendary courage and integrity,” said president Marjorie Dannenfelser in a statement after he won. “He’s not just a pro-life vote in Congress. He is a leader on this issue.”