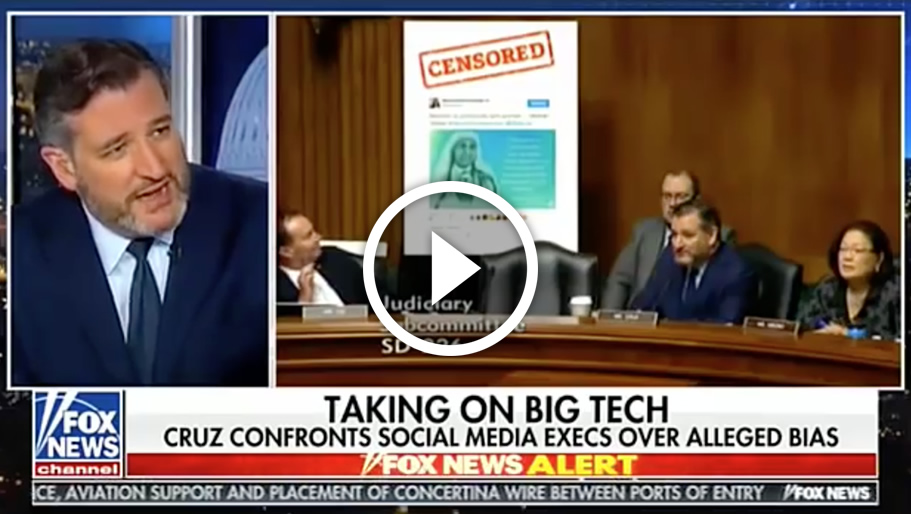 Senator Ted Cruz appeared on Fox News with Shannon Bream to discuss a Congressional hearing that had taken place earlier that day regarding censorship of conservative and pro-life voices by big tech companies such as Facebook, Twitter and Google. During the hearing, Senator Cruz displayed a tweet made by SBA List president Marjorie Dannenfelser which included a quote by Mother Teresa that Twitter had prevented the organization from promoting as a paid ad.