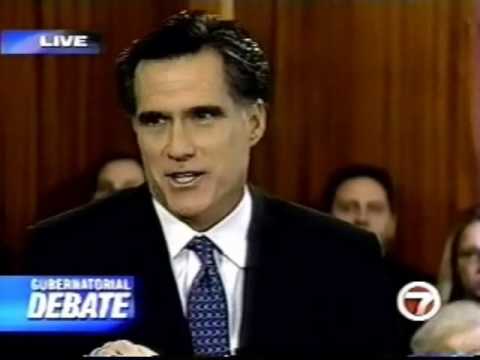 This article first appeared online at NPR on November 29, 2011.

Republican presidential hopeful Mitt Romney has asserted his opposition to abortion rights in recent years, which has lead some to wonder about his earlier views.

Republican presidential candidate Mitt Romney has been labeled a flip-flopper. And when it comes to abortion, the former governor of Massachusetts appears to have changed his position from being in favor of abortion rights to being opposed.

“In Massachusetts, when he was running for governor…a very liberal state, a state that was pro-choice, he was playing to the audience,” says Nancy Keenan, President of NARAL Pro-Choice America. “And he made promises to the pro-choice community at that time that he did not keep,” she said, including vetoing a bill that would have provided emergency contraceptives to victims of rape. “So the fact of the matter is he was not authentic in his position at that time.”

During that 2002 run, Romney insisted in a debate, “I will preserve and protect a woman’s right to choose, and am devoted and dedicated to honoring my word in that regard.” Putting a point on it, he said, “I will not change any provisions of Massachusetts’ pro-choice laws.”

Eight years earlier, in 1994, when Romney unsuccessfully challenged the late Sen. Edward Kennedy, he had been even stronger on the issue: “I believe that abortion should be safe and legal in this country; I have since the time that my mom took that position when she ran in 1970 as a U.S. Senate candidate,” he said during that year’s debate. “I believe that since Roe v. Wade has been the law for 20 years, that we should sustain and support it.”