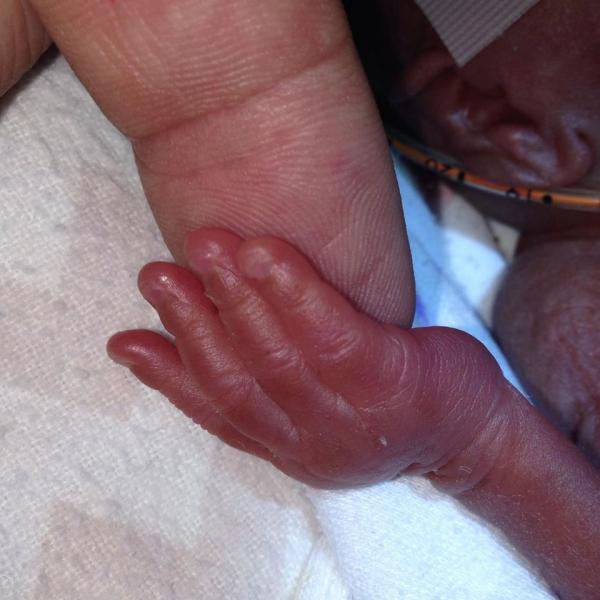 Reposted from the Charlotte Lozier Institute, the research and education arm of SBA List.

We deal with it fairly often. Or maybe not that often; perhaps it just seems more frequent than it actually is. But at least a couple times a year, at least for the docs anyway.

Pregnant women get sick. At times very, very sick. And I will forever be grateful for obstetricians and obstetrical nurses, because their job is a difficult one. Very difficult. Often a woman will come in needing an emergency delivery. And sometimes she will need to go to surgery and require general anesthesia. In most cases she will wake up soon afterward, but not always. Sometimes she does not recover. Sometimes she needs the ICU. And there are rare and tragic instances in which she never wakes up again at all.

And sometimes there is no family.

Mom is unconscious, Dad is unavailable or out of town, and in some cases I’ve actually seen them flee the delivery room rather than remain with their baby, because it is too upsetting for them to wait as their baby dies. There is no condemnation here. Unless you’re in their shoes you can’t possibly know. But no baby is ever left to die alone. Our nurses tend to be saint-like in this respect. This world can be a cold and cruel one, but this baby is not going to die alone. Not here.

Sometimes the nurses are overwhelmed with their multiple tasks, and the doctor will hold the baby. Because no baby will be left alone in this lifetime. Never. The room is dark, and the baby is bundled, and there is a rocking chair. And we rock back-and-forth. And back-and-forth. You observe the indescribable complexity and beauty of each tiny hand and foot. Take your stethoscope and listen to the little chest. Slow, but still beating.

An hour passes. The baby may open his eyes, if the eyelids are not fused. Not sure how acute the vision is; probably not very, but I like to think that he knows someone is there. Several gasping actions, but few really affective breaths. We rock back-and-forth. Slowly. He’s bundled in blankets. You try to hold him close enough so that he can hear your heartbeat. It’s not his mother’s heartbeat, but it is something. At least it is something human.

Another hour passes. Time goes faster than you might think, rocking back-and-forth in the darkness. The skin grows cooler, you try the stethoscope again, and the heart is still there. Slow. A soul that desperately wants to be here and is trying to hold on. A single soul on a tightrope between two eternities. A few more gasps over the next several moments, the eyes stare, and the light goes out.

It is all so very sad. There is so much about this calling that is just so hard to understand. So much that gets more difficult through the years, not easier. Sometimes I really do think that we are the unfortunate ones left behind, and this was just a short stopover toward an unspeakably beautiful eternity. I like to think so, anyway. But we recognize that in this tiny moment in an endless ocean of moments in time, that fleeting instant during which these angels visit us, we are blessed beyond measure. A glimpse of the divine in a cold, cruel, and increasingly fallen world. But no child is going to come into this world and die alone. Not here. Never.

Good night, Sweetheart. Your life meant something. I promise you, it did. You are a blessing to all of us, and you will be always be a special blessing to me.

Anthony Tackman, M.D. is a neonatologist in practice in Coastal Carolina.